Who was Henry Grammer? What was his role in the Osage oil murders?

Henry Grammer was a bootlegger who worked in the Osage, Oklahoma area during the Osage Reign of Terror. Henry Grammer’s true role in the conspiracy remains unknown; he died suspiciously during the investigation, but he’s believed to have participated and recruited other participants.

In February 1923, the body of a 40-year-old Osage man named Henry Roan was found slumped behind the steering wheel of a Buick, a few miles outside of Fairfax. Roan had been shot in the back of the head. Local authorities notified William Hale, whom Roan had considered a close friend and benefactor. In fact, Hale was the benefactor on Roan’s $25,000 life insurance policy.

The murder of Roan created an atmosphere of terror and paranoia that ripped the community apart. People began to suspect their neighbors, friends, and even family of being involved in the deadly conspiracy. Bill Smith, Mollie’s brother-in-law, had been looking into the killings on his own, unable to shake the suspicion that his mother-in-law, Lizzie, had been poisoned.

He and his wife Rita, Mollie’s sister, began to receive threats and intimidating “warnings” as Bill appeared to get closer to the truth, especially after he discovered a connection between Roan’s murder and local criminal kingpin and bootlegger Henry Grammer. It seemed that that Roan had told people he was headed to Henry Grammer’s ranch to get some illegal whiskey right before he disappeared—and that Anna Burkhart had often visited Henry Grammer’s ranch as well. Bill and Rita Smith fled their home in early 1923, believing that they were being targeted. Bill confided to his friends that he “didn’t expect to live long.”

Through a local attorney, Tom arranged a meeting with the stickup man Dick Gregg, known as a member of the fearsome Al Spencer gang. At that time, Gregg was serving a sentence in a Kansas penitentiary for armed robbery. Gregg agreed to meet with Tom White and share what he knew, in exchange for a possible sentence reduction.

At his meeting with Tom White, Gregg revealed that Hale had paid the Spencer gang $2,000 to murder Bill and Rita Smith. Gregg claimed that he had refused this assignment, deeming the contract killing of a woman to be dishonorable, even by outlaw standards. He also mentioned the name of another associate, Curley Johnson, who had knowledge of the Smith slayings. But Johnson, Tom learned, had died—apparently of alcohol poisoning, though it was quite possible he had been another victim of the Reign of Terror. Another potential witness, the bootlegger Henry Grammer, with whom Hale had been overheard talking about the conspiracy, had died in a car accident in June 1923.

Through another informant, Tom discovered that an outlaw named Asa Kirby had been responsible for rigging the charges that killed Bill and Rita. But Kirby was also unable to testify. Two weeks after Henry Grammer’s death, he had been killed by a store owner during an attempted burglary. It came as no surprise to Tom to learn who had tipped off the store owner about the break-in—William Hale.

As a notorious bootlegger in the area, Henry Grammer was well known to both members of the Osage tribe and white community members. Henry Grammer died before confession or implicating anyone in the Osage murders, leaving yet another part of the case unsolved. 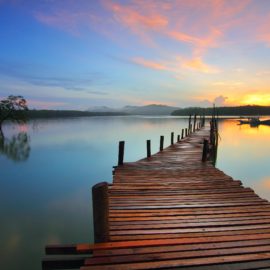