Are you looking for a guide for startups? Do you want to build a startup that’s sure to succeed?

Your Guide for Startups

For several reasons, startups consisting of a few people with a mission are the source of most new technology.

Startups work because it takes multiple people to create new technology, but also smallness for momentum and flexibility. Small companies encourage and are conducive to new thinking because they know new thinking is their biggest asset.

This book explores the questions that companies creating new things must answer in order to succeed. It’s a starting point rather than a manual. The first job of a startup is to question everything and rethink business from the beginning.

Your Guide for Startups: The Basics

When starting a company, it’s important to choose leaders who have the right technical knowledge and whose skills are complementary. Equally important, however, is how well the founders know each other and work together. You also need a structure and clearly defined roles so everyone is aligned to move the organization forward. Having the right guide for startups makes a huge difference.

A CEO of a venture-funded startup shouldn’t be paid more than $150,000 a year. High pay (more than $300,000) encourages him to protect his salary by defending the status quo and minimizing problems rather than exposing and fixing them.

Other advantages of low CEO pay are that it:

By the same token, over-paying employees encourages them to focus on what the company is doing in the present instead of thinking about how to increase the company’s value in the future. Cash bonuses also encourage short-term thinking. Offering equity or part ownership of the company shifts the focus to the future.

The first few employees in a startup might be attracted by exciting roles or equity. But beyond your first round of hires, you must be able to articulate to the 20th candidate why she should want to join your company.

Your answers need to be specific to your company. They should address:

1) Your mission: Explain what makes your mission unique and compelling—what’s the important thing you’re doing that no one else is doing?

2) Your team: Show potential employees that the people on your team are the kind of people they want to work with. Show recruits how your company is a unique match for them.

Don’t cite your perks—you don’t want people working for you who can be convinced to do so by things like laundry pickup because that’s an indication of superficiality. Your unique mission is what should count.

Guide for Startups: Building a Monopoly

Also critical to a monopoly startup’s success is how you choose and expand your market. Start with a small market because it will be easier to dominate than a large one. A guide for startups typically won’t cover what it takes to build a monopoly—or why you should be thinking about it when you plan.

Once you’ve dominated a small market, slowly expand into related markets that are a bit wider.

Don’t Be a Disrupter

“Disruption” continues to be a buzzword in Silicon Valley, but for startups, the concept can limit or distort your thinking and thus undermine success. This guide for startups is unique in that it says don’t be a disruptor.

As you expand your startup into related markets, don’t try to be a disrupter. Instead, avoid competitive markets. 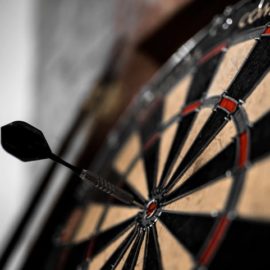 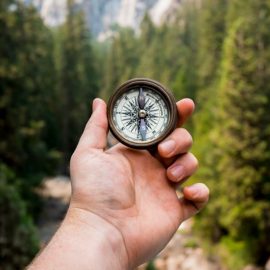 The Importance of Purpose: What’s Your “Why”?