What is a GTD Next Actions list? How can these lists help you stay organized?

In the GTD system, a Next Actions list is a type of skill that helps you determine how and when to complete a task. There are a few options for your Next Actions list, and ways you can help yourself manage your time.

The GTD Next Actions list is essentially the catch-all for tasks that are actionable, take longer than two minutes, and can’t be delegated. Reference your Next Actions list whenever you have free time to tackle a task.

If you have more than a few dozen next actions on this list, it helps to divide them up into categories based on what you need or where you need to be to tackle them. For example, make a list of the calls you need to make, and another list for tasks that require you to use a computer.

The first option for your GTD Next Actions list is your project list. As we talked about, the GTD program defines projects as anything that takes more than one action to complete and that can be finished within a year. Since your next actions need to be specific steps, this broad definition creates a place—your Project list—to track all ongoing tasks.

Tracking your projects helps you:

Make a note on each item that belongs on your Projects list, and put them in a Pending pile. You’ll sort this pile into the appropriate lists and folders in the next step.

If the next action on your GTD Next Actions list takes fewer than two minutes to complete, do it now. Even if it’s not a high priority, two minutes is roughly the efficiency cutoff: It’s more efficient to get a two-minute task out of the way now than to spend the time storing and tracking the item to do later.

This rule is especially effective for getting through a backlog of emails, most of which typically take less than two minutes to read and fire back a quick response.

If the two-minute action doesn’t complete the project—just one step of it—then be sure to clarify the next action and (in the next step) organize that appropriately.

Option 3 for items on your GTD Next Actions list is delegation. When you decide to delegate something, it’s not off your plate entirely.

Your next action to delegate is most likely to reach out to the person you’re delegating it to. You can do this in several ways—some may be more appropriate depending on the context (for example, a sensitive subject may require a face-to-face conversation), but generally, this is the order of the most efficient approaches:

Any other actions that you have to do but can’t complete in less than two minutes will go in the Pending pile. Each item in this pile should have a Post-it note with the next action written on it, forming your Next Actions list.

Use checklists in two ways to further keep your mind clear and stress-free.

First, create checklists for broad areas of your life—like maintaining good physical health and keeping motivation and morale up among your team at work—so that you can regularly review and confirm that you’re still attending to that priority.

Checklist items like these often encompass items for your Projects list and Next Actions list (for example, creating an exercise regimen or planning a team-building activity), but as those particular tasks vary use your checklist to ensure you’re staying on top of things in that general area.

Consider creating checklists that pertain to these areas of your life:

Second, you can use checklists to help you remember a sequence of steps or the various components of something, the way you would use a recipe. Examples of this include:

Before you can organize all that you’ve captured, you need to decide the intended outcome for each item, then figure out the immediate next action you need to take to make progress toward that outcome.

Based on what you determine for each item, you’ll either:

Your GTD Next Actions lists are meant to help you prioritize and manage your time. With your Next Actions lists, you can begin to see clearly how to manage time and figure out the best way to tackle your tasks. 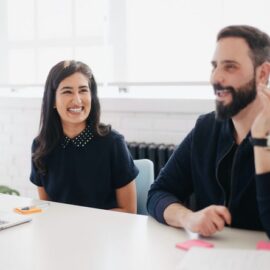 How to Lead by Example: Show, Don’t Tell 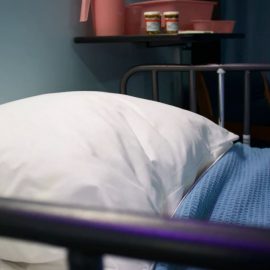 How to Avoid Deathbed Regrets and Live More Fully