What is the biggest “chasm” in Geoffrey Moore’s Technology Adoption Life Cycle (TALC)? How do you know that your business has reached the chasm between the early adopters and the early majority?

According to Geoffrey Moore, the most significant chasm in the TALC occurs between early adopters and the early majority. The telltale signal that your business has reached the chasm is plateauing sales: when you first release your product, you may see exponential growth of sales in the early market, but then sales revenue hits a plateau or even trail off as the early market saturates and you enter the chasm.

Here is how to recognize that you are in the chasm.

The Chasm Between Early Adopters and Early Majority

The most significant gap in the TALC, according to Moore, is between early adopters and the early majority. The gap is wide enough that Moore presents it as separating the population into two different markets: the “early market” is made up of innovators and early adopters, while the “mainstream market” is composed of the early majority, late majority, and laggards. (Shortform note: In business, the term “early market” is used mostly in this sense, and most business dictionaries cite Moore’s book as the source of the term. The term “mainstream market,” however, is also used by others to refer to any large or broadly distributed market, in contrast to a “niche market,” which is smaller and more tightly connected.)

As Moore explains, early adopters are eager to adopt unproven cutting-edge technology because they want first-mover advantage, while the early majority want to mitigate the first-mover risk by waiting until the technology is well proven and well supported. The early majority also tend to rely on industry standards as a means of managing risk, and thus tend to favor industry-standard products.

Therefore, as Moore explains, early adopters tend to base their buying decisions on the perceived benefits of the product itself, while the early majority place more weight on the reputation of the manufacturer and/or distributor. Early adopters also communicate broadly with each other and with innovators, so they can reference innovators’ impressions of your product, but the early majority communicate more narrowly within their own community or industry, so they are unlikely to reference the impressions of innovators or early adopters.

Symptoms of Reaching the Chasm‘

According to Geoffrey Moore, the chasm is most notably characterized by stagnant sales. This is probably the symptom that drove most of Moore’s clients to seek his help in crossing the chasm, so it is understandable that he would cite it. However, from Moore’s description of the chasm, we can infer other symptoms as well. One symptom could be that coverage of your product in technology-oriented media sources has trailed off (because it’s no longer new enough to be technologically sensational) while business-oriented media sources aren’t interested in covering it yet (because your product or company doesn’t have enough market share to seem worthy of their attention).

Another symptom could be increased inquiries about installation support, or availability of parts of the whole product besides the core technology that you supply. Recall that, when they purchase the core technology, early adopters are usually willing and able to take ownership of assembling the whole product, whereas the early majority expect the whole solution to be readily available. Thus, if you’ve run out of early adopters, such that most of your prospective customers are now from the early majority, they’ll be asking questions about the availability of the whole product (and not placing an order, when they find out you can’t supply the whole solution, leading to the stagnant sales we discussed earlier). Similarly, if a prospective customer asks whether your product meets certain industry standards or has certain certifications, that likely means the prospect is a member of the early majority. And if a high percentage of your prospects are asking these types of questions, that could be an indication you’ve run out of early adopters and have reached the brink of the chasm.

The Catch-22 of the Chasm

Geoffrey Moore: The Chasm and Its Symptoms 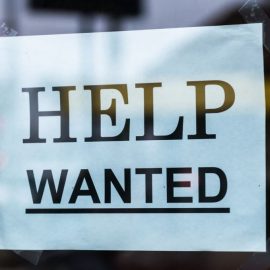 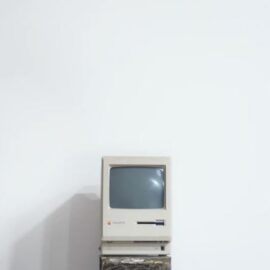