What is future scenario planning? How can it help you make better decisions?

Future scenario planning is a method of anticipating all the possible outcomes of a decision. By doing this exercise, you’re more likely to make a rational decision and achieve a desirable result.

Read more to learn how future scenario planning can be a useful tool for you.

“Future scenario planning” is an exercise where you imagine all the possible outcomes of a decision—all the possible futures—and try to guess the probability of each of these outcomes occurring. Just by weighing the possibilities and confronting your uncertainty, you’ll be more likely to make a more rational decision. You’ll have a chance to prepare for negative outcomes, rather than being taken by surprise if they happen. You can set up barriers to your own irrational tendencies (like moving your alarm across the room). Your emotional response to either a failure or a success will be moderated—you’re less likely to self-flagellate if things don’t go your way, because you braced yourself for that result in advance. You’ll avoid the trap of resulting, or judging decisions based on the outcome rather than the thought process—because you’ll have weighed the merits of the decision well before the outcome happened.

Future scenario planning allows you to consider not only what the possible outcomes are, but also which outcomes to prioritize. If there’s a slim chance of getting your best-case scenario, but a very high chance of getting your second choice option, then the second choice probably has greater value to you. You can also consider the consequences that could follow each outcome, which could reveal pros or cons to each that you hadn’t previously considered.

For example, imagine that you forgot to prepare for a big holiday dinner you’re hosting tomorrow. Your two options are:

Let’s say you lean toward option 1. But then you start future scenario planning: What are the ways that option #1 could go wrong? “Wrong” in this case means that you don’t get the result you want: delicious food and happy guests.

What are the ways that option #2 could go wrong?

By future scenario planning, you realize that if option #1 goes wrong, it will be hard to fix. You won’t be able to whip up enough food at the last minute to feed everyone. If option #2 goes wrong, you could order a rush delivery from the restaurant, but as future scenario planning showed you, that’s not a foolproof plan either. You also have more control over option #2, whereas the success of option #1 relies mostly on other people’s actions. So how confident are you about your cooking? Conversely, how much faith do you have in your local Italian place?

You settle on a third option, a happy medium: You’ll prepare a few crowd-pleasing recipes you’ve made before and you feel confident about pulling off, but you’ll order a few items from the restaurant. Your bases are covered; if something goes wrong, it won’t be a complete disaster.

Starting at the End

Another approach to future scenario planning is to start with the goal you’re trying to achieve and then consider the different routes to getting there. You can do this from a positive standpoint, imagining that you’ve achieved the goal and focusing on what you did to make it happen, or a negative one, imagining you failed and considering all the factors that may have contributed to that result. What are all the things that can go wrong? What precautionary steps can you take to avoid that?

Research by a psychology professor at NYU showed that people who imagine negative scenarios related to their goals are more likely to achieve those goals. In imagining how they could fail, they do a better job of taking steps to avoid that failure.

By planning for both negative and positive futures, you end up with a clearer picture of all the possibilities. That will help you be more accurate when guessing at the probability of each outcome, which will give you a clearer sense of what to prioritize, which all adds up to making better decisions.

Future scenario planning can protect you from hindsight bias. If you’ve considered all the different outcomes, the one that actually happens won’t seem like it was inevitable—especially if the outcome that happens is one that you’d guessed had a low probability of occurring. That awareness will make you a more accurate judge of your own decisions, able to have compassion for yourself and others when things go wrong, able to keep from becoming overconfident about a success, and ready to make similar decisions going forward. 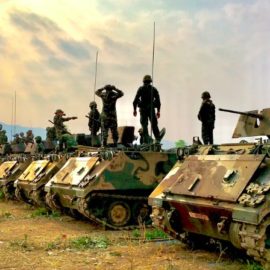 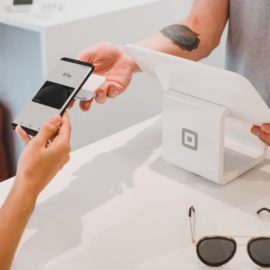