Why is the universe seem as though it was fine-tuned for us to exist? How do the parameters of the universe happen to be calibrated just right to make life possible?

One could just go the theological route to answer these questions about the perfect, seemingly fine-tuned universe. Maybe God just created these conditions for unknowable reasons we can never uncover. This explanation, however, isn’t consistent with the history of science.

Here’s why the universe appears fine-tuned for life to exist.

Is the Universe Fine-Tuned?

So which of these conditions is true? To answer that, we need to explore what are known as the anthropic principles. There are actually two versions of them—a weak one and a strong one.

The weak anthropic principle states that we see the universe as smooth and uniform because those are the only regions of the universe where intelligent life capable of observing it (like us) can exist.

The strong anthropic principle states that the laws of science simply aren’t the same in different regions of the universe or across universes.

These theories are appealing because it’s hard to explain why everything in our universe appears to be so perfectly calibrated to create the conditions we observe. Even slight variations in the charges of subatomic particles would have created something vastly different from what we see. It seems too precise to be just a coincidence. Thus, we look either to 1) a divine hand or 2) an infinite set of universes, where we just happen to be living in one that matches the observations we can see.

Stephen Hawking had difficulty accepting these ideas, especially the strong anthropic principle. It seems to be more of a cop-out, a dismissal of the ability of science to accurately model the universe. This is once again at odds with scientific history, relying on near-magical explanations to hand-wave away hypothetical problems. Still, we need to find some way to explain the very precise and extraordinarily unlikely conditions of the universe without recourse to the supernatural or metaphysical.

This expansion would have supercooled the universe much faster than in the Hot Big Bang model. Under these conditions, forces like electromagnetism and the strong and weak nuclear forces wouldn’t decouple (at least for a time), but would, instead, remain unified. This would create more energy in the universe than there otherwise would have been, creating an anti-gravitational effect that would more than counterbalance any attraction from gravity. This anti-gravitational effect would accelerate the expansion of the universe.

This would produce a great smoothing and uniformity across the universe on a large scale, even if it didn’t start out uniform and smooth. Eventually, it would slow down to just the critical rate needed to avoid gravitational contraction, because, eventually, the forces would separate (losing what physicists call “symmetry”). At this point, gravity would begin to flow down the expansion, with the excess energy from the inflation being disbursed and reheating the universe. This would explain the Hot Big Bang conditions we observe today, while also explaining the uniformity and the critical rate of expansion we see.

Thus, the universe could have arrived at its present state from a variety of different initial states. Still, is the present appearance and behavior of the universe just a lucky accident? The field of quantum mechanics might provide the answer because it allows for the universal application of the laws of science, before and after the creation of space-time.

One aspect of quantum theory is that particles don’t just follow a singular history, but instead, follow a range of possible histories all throughout space-time. We calculate the probability of each history to determine how likely a particle is to have been in one particular point in space-time. Some element of unpredictability and randomness is thus inherent in quantum theory.

We can extend the principles of quantum mechanics to the mathematical notion of “imaginary numbers.” Imaginary numbers are a well-established concept, referring to numbers that lie perpendicular to those on a traditional negative-positive number line (whose values might be represented visually as running left to right).

Imaginary numbers, unlike real numbers, give negative values when multiplied by themselves. The picture becomes clearer if we allow for particle histories to have imaginary time values, just like space. Quantum mechanics allows for particles to have values besides negative and positive (or “backward” and “forward”). In this model, space-time would be finite in extent, yet boundless (like the Earth, which has a finite mass and volume, but no edge or boundary).

The classic problem in general relativity is the singularity, the area of space-time before the Big Bang or at a black hole—the boundaries of the observable universe where predictability would break down. But quantum mechanics avoids this problem because it posits that there are no boundaries. The universe simply exists, unaffected by anything that lies without.

With imaginary numbers, where time is indistinguishable from space, we may just be living in one of the possible histories of the universe, with countless others on some other plane of existence that we can never see or be affected by.

Of course, the test of any good scientific theory is how well it predicts future observations and whether or not it can be falsified. On these counts, the “no boundaries” hypothesis appears to be holding up. It would predict, for example, some minimal element of non-uniformity, owing to the uncertainty principle. Sure enough, in 1992, scientists detected slight variations in the microwave background radiation, bolstering the hypothesis. 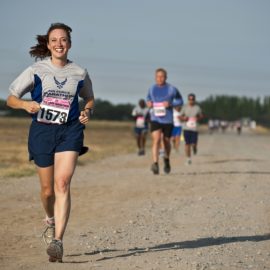 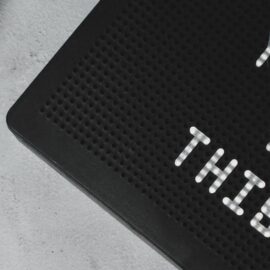 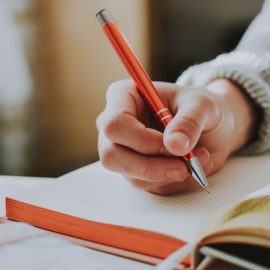