What are fast food lobbyists? Why is this so pervasive in American agriculture and the American government?

Fast food lobbyists are a huge part of the industry and have substantial effects on all aspects of the business.

The meatpacking industry and the fast food giants have fought tooth-and-nail against any regulatory efforts to raise standards in the nation’s food supply. During the 1980s, they successfully blocked a federal rule that would have required microbial testing, preferring to rely on the far-less reliable (but far-less costly) method of simply looking at and smelling the meat to determine its safety.

At the behest of industry lobbyists, the Reagan Administration cut spending on health initiatives and appointed former meatpacking executives to run the US Department of Agriculture. Truly, the wolves were guarding the henhouse. These officials gave the industry broad latitude to set its own food-safety standards, largely free from federal oversight. The meat of visibly diseased cattle infected with tapeworms and measles, their bodies covered with bloody abscesses, was allowed to be sold to the American public.

The meat industry has indeed achieved an extraordinary level of control over the nation’s food safety watchdog agencies. Under federal law, the USDA has no legal authority to demand a recall of bad meat. All it can do is pliantly work with the company in question and suggest that it withdraw its products from the market. Most recalls are thus voluntary on the part of the company, not the result of a government order. The USDA must rely only on statistics voluntarily provided by the company to determine how large the outbreak is, while the company is not required to inform the public when a recall is underway.

There are remedies to the unsanitary conditions in America’s slaughterhouses and feedlots. The technology exists to improve the situation. Moreover, a system of performance-based grading would assign grades to meat produced from every meatpacking plant. The grades would be determined by the frequency of contamination at that plant and would be applied to the label of every product that they sold. This would allow consumers to make informed decisions about where they buy their meat. The industry has vehemently opposed the implementation of such a system. It’s not that the meatpackers and the fast food giants believe that cleaning up their act would be impossible; it’s that they don’t want to. 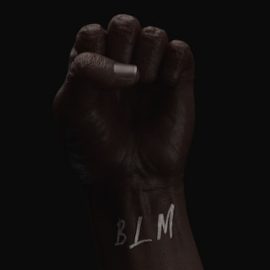