What are the racist beliefs about Black behavior? How are these stereotypes explained by a condition known as post-traumatic slave syndrome?

In behavioral racism, Black behavior is anticipated to be poor actions and poor judgement by the entire race. One explanation for the cause of this behavior is a condition known as post-traumatic slave syndrome.

Read more about behavioral racism, Black behavior, and the factors explaining such stereotypes and phenomena.

Behavioral Racism and the Stereotypes About Black Behavior

Behavioral racism is a combination of racist policies and ideas that causes and maintains racial inequities, the main idea being the belief that individuals represent their entire race, and racial groups represent the behavior of individuals.

Example #1: President Clinton claimed that no social program was going to be able to help Black people deal with absent fathers, welfare dependency, or pregnancy out of wedlock unless Black people first took some personal responsibility for getting themselves into these situations. Clinton’s ideas were racist because they suggested that the difficulties Black people faced were caused purely by their behavior, not by policy.

Example #2: In the 90s, Black parents held their children to a very high standard because both Black and White people held the idea that if an individual Black teenager did something wrong, it made the Black race as a whole look bad.

The truth is, racial-group behavior doesn’t exist. There’s no scientific evidence to link behavior and race—all theories are anecdotal and based on stories of individuals’ behavior. The actions of individuals can lead them to individual success, but group success depends on policy, not on any level of personal responsibility.

Additionally, culture and behavior are separate. Culture is a group tradition. Certain racial groups might share culture, but not every group within a race, or every individual member, participates in that culture.

History and Invention of Behavioral Racism

Behavioral racism came into being in 1869 when Francis Galton (Darwin’s eugenicist cousin) tried to find a way to prove that Black people weren’t as smart as White people. He couldn’t come up with a way to prove this, but two of his successors did—they invented an IQ test. Lewis Terman, a Stanford psychologist, tested Americans and found that IQ varied by race.

Eugenicist Carl C. Brigham, a psychologist at Princeton, took these results to mean that an intellectual racial hierarchy existed. He later created that SAT, believing it would show that White people were by nature more intelligent than people of other races.

By the 1960s, the idea that an intellectual hierarchy existed was dying out, but there was still a gap between White and Black students’ results on standardized testing. This gap was named the “achievement gap” and initiatives such as Race to the Top, Common Core, and No Child Left Behind were implemented to try to close the gap. However, these initiatives only amplified the importance of standardized testing.

Standardized testing is a massively effective racist policy. It seems like a legitimate measure of intelligence, because it’s “standard” and relies on hard numbers, but it disfavors certain races. Test-taking is an art, and most tutors and test-prep courses are in White and Asian communities, so many Black students don’t have access to them. Even if you’re very intelligent, doing well on standardized tests requires learning how they work. The “achievement gap” is a gap in opportunity, not intelligence.

Post-Traumatic Slave Syndrome: The Cause of Black Behavior?

The “oppression-inferiority thesis” is related to the last two possible “causes” for bad Black behavior. This thesis states that oppression has negatively influenced the behavior of the oppressed.

A recent example is the idea of post-traumatic slave syndrome, PTSS, which is allegedly the reason for poor parenting, defeatism, and Black “infighting,” just to name a few behaviors. Author Joy DeGruy wrote that many African Americans have PTSS, which was based on anecdotal evidence, not real science. In fact, real science shows that enduring trauma doesn’t always result in post-traumatic stress. For example, only 13.5-30% of soldiers returning from Afghanistan and Iraq have PTSD.

It was helpful for DeGruy to make the public aware of the trauma, but, again, it’s important to keep in mind the differences between individuals and groups. Some Black people have suffered trauma, but it’s inaccurate—and racist—to suggest that all Black people are traumatized. 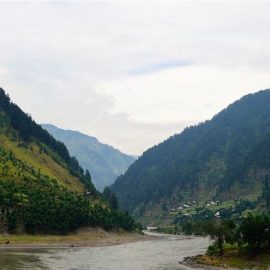 The Benefits of Unconscious Decision-Making

Learning Through Practice: Does It Drive Innovation?