What’s the practice of fast food franchising? Why is franchising detrimental?

Read more about fast food franchising, how it works, and why it’s a bad practice.

What does it mean to become a fast food franchisee? It blends aspects of being an independent, self-employed business owner with elements of being a salaried employee. For many franchisees, it combines the disadvantages of both, with little of the upside.

A franchise is an agreement between a franchisor and a franchisee. The franchisor (the McDonald’s Corporation) provides the brand name, intellectual property, guidance, and access to supplies and equipment; the franchisee puts in the start-up capital and does the day-to-day work of actually running the restaurant. The franchisor sacrifices some degree of control and oversight; the franchisee foregoes much of the independent decision-making that a truly independent business owner would have, as they must adhere to the company’s rules through a signed contract. Because of their vastly greater wealth and power, franchisors almost always win any disputes that arise between the two parties.

Franchising was an easy way for fast food companies to expand throughout the US, out of their Southern California home base. McDonald’s, as usual, led the charge. Ray Kroc prioritized volume—he wanted McDonald’s to plant its flag everywhere in America’s rapidly growing suburban postwar landscape. He charged minimal fees for new franchises and was receptive to individual franchisees’ ideas for how to improve the brand. He wanted to forge a bond between the McDonald’s Corporation and its network of franchisees, one based on unquestioned loyalty to the company. Franchising eventually became the dominant model of growth for the entire fast food industry.

Fast Food Franchising: The Worst of Both Worlds

Under Kroc’s direction, McDonald’s proved adept at profiting off its franchisees. For example, the McDonald’s Corporation made it standard practice to acquire the land on which franchisees would build their restaurants. They would then lease this land back to the franchisees at exorbitant 40 percent markups. The company was making more money charging rent than they were selling hamburgers. As landlord, this also gave the corporation the right to evict franchisees that it believed were acting in violation of the lease.

By the early 2000s, it would cost about $500,000 to become a McDonald’s franchisee. Trade groups like the International Franchising Association argue that franchising is the safest, least risky way to go into business for yourself. You get the benefits of a famous brand and a well-known and well-liked product. But some research tells a very different story—one university study found that 38.1 percent of franchisees failed within their first 4-5 years, a rate of failure 6.2 percent higher than for independent businesses. In many ways, fast food franchising combines the worst of both worlds: the high risks of independent business ownership and the lack of autonomy that comes with being a salaried employee.

Moreover, the incentives of the franchisee and the franchisor aren’t as aligned as advocates of the arrangement claim they are. Franchisors earn the bulk of the revenue from royalties based on total sales, creating a strong incentive for them to open as many stores as possible. For the individual franchisee, however, other stores mean more competition. If you own one McDonald’s location, you don’t want another one opening just a few blocks away—but this is precisely what the company does all the time. They frequently pit franchisees against one another and cannibalize each other’s profits.

Franchisees are also required to purchase their supplies either directly from the franchisor or from an approved list of vendors (regardless of the prices these vendors might charge), although they are not covered by consumer protection laws. Moreover, the third-party suppliers often pay kickbacks in the form of rebates to the franchisor—despite the obvious conflict of interest, this is all perfectly legal as well. As part of entering into a franchising agreement, the individual store owner is often forced to forego their legal right to file complaints under state law, leaving them with little recourse to redress the abuses and exploitative practices they are subjected to at the hands of the franchisor. Thus, the franchisee’s freedom is actually highly limited.

As with proposed changes to labor laws, the fast food industry has fought strenuously against any legislative or regulatory changes that would protect franchisees. But the fast food giants are hardly principled adherents of unfettered free market capitalism—they are quite happy to take advantage of federal programs that subsidize their expansion.

Because franchise restaurants technically meet the definition of “small businesses,” major fast food companies have been able to obtain easy financing from the Small Business Administration (SBA) to expand into new territory. Thus, a federal program that was created to help small, independent businesses is actually contributing to their demise by subsidizing the growth of McDonald’s, Burger King, Wendy’s, and other fast food power players. In 1996 alone, the SBA guaranteed almost $1 billion in loans to new franchisees. Not only are fast food companies squeezing their franchisees—they’re doing it with a helping hand from the US government. 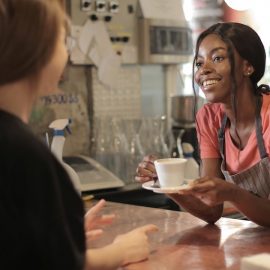 Lifestyle Startups: An Intro to the Basics 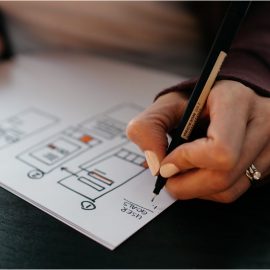 How to Create a Design Sprint Solution Sketch in 4 Steps 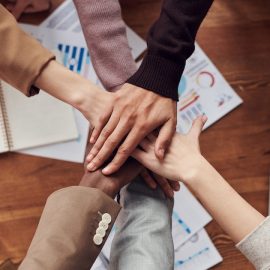