Extreme extrovert problems depend on the situation. If you’re a very extroverted leader, you might push ideas with a loud or forceful nature that discourages disagreement. This means, you might be missing out on the best ideas because they aren’t shouting over you.

Keep reading for more about extreme extrovert problems and what to do about them.

One problem with worshipping a decisive, forceful leadership style is that it can lead to less-than-optimal decisions, as a traditional class exercise at Harvard demonstrates.

In the exercise, called the Subarctic Survival Situation, students imagine being survivors of a plane crash in the arctic. They’re assigned to groups, which must rank fifteen salvaged items in order of their importance to the group’s survival. In an instance recounted in Quiet, one group ignored a quiet classmate who was an expert in wilderness survival, deferring instead to the views of more talkative, less-knowledgeable students, which resulted in a lower group score.

Studies of group dynamics show that we view talkers as smarter than quiet people and as leaders. We rate fast talkers as more capable than slower ones. The more someone talks, the more attention he draws from the group and the more influential he becomes as the discussion progresses.

But more talk doesn’t translate to greater insight and this is at the root of why extreme extrovert problems exist. In one study, in which groups of college students solved math problems and rated each others’ intelligence, those who spoke first and most often got the highest ratings, yet their contributions were no better than those of quieter students.

Sometimes, when people do something because they were carried away by the most vocal person in a group, they end up wondering later, “What were we thinking?” The U.S. Army has a metaphor for the phenomenon: “taking the bus to Abilene.” It works like this:

A group is sitting around on a porch in Texas feeling bored and someone says, “Why don’t we go to Abilene?” They all go, but when they get there, someone else says, “You know, I didn’t really want to do this.” Others admit, “I didn’t either—I thought you wanted to.” In the Army, whenever people are unthinkingly jumping on a bandwagon, anyone can put the brakes on the conversation by saying, ”I think we’re getting on the bus to Abilene.”

The risk of extreme extrovert problems also plays out in the way businesses and venture capitalists sometimes value presentation skills over substance. In his book Iconoclast, Gregory Berns recounts how a software company seeking new product ideas countered the management’s tendency to be swayed by a flashy performance. Instead of having employees present new ideas to a panel of judges, the company solicits ideas via an online “idea market,” where the focus is on substance.

Extroversion in Leaders Is Overrated

When you look at how businesses actually function, the Harvard Business School model of the charismatic, extrovert leader is overrated. Beyond the extreme extrovert problems, these are just indicators of overvaluing these personality types.

A Brigham Young study of 128 CEOs of major companies found that those viewed as charismatic didn’t perform any better than less-charismatic leaders, although they were paid more. Much of the time, leaders don’t actually need to be overly outgoing to be effective, one Harvard management professor conceded. Leaders communicate more often in small-group meetings, emails, and videos than by making presentations to large groups. Although big presentations are important—and leaders need presentation skills—they’re not daily requirements.

Management expert Peter Drucker wrote that the most effective CEOs he encountered actually lacked charisma. Similarly, Good to Great author Jim Collins, who studied high-performing companies, found that the best CEOs were known for a combination of humility and determination rather than charisma. Extreme extrovert problems often mean that they have an outgoing or charismatic personality more than the meddle to get the job done. (Shortform note: Read our summary of Good to Great here.)

For example, CEO Darwin Smith of paper company Kimberly-Clark was shy and mild-mannered. However, despite opposition, he made the courageous decision to sell the paper mills producing coated paper and shift the company’s focus to consumer products. This ended up strengthening the company. Collins concluded that corporations don’t need outsized personalities—they need leaders who focus, not on stroking their egos, but on building the business. 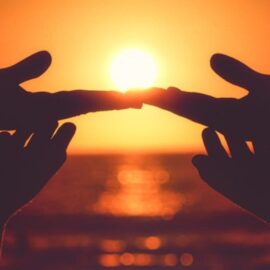 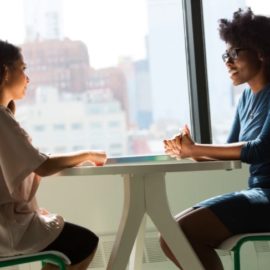 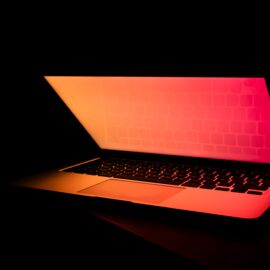