Because negotiation involves people, it inevitably involves emotions. What are the best ways to deal with these emotions in negotiation and make a successful deal?

There are six crucial tips to keep in mind when negotiating. These principles will allow you to benefit from positive emotions while avoiding the stalemates that can come from negative emotions in negotiation.

The Inevitability of Emotions in Negotiation

In a negotiation, you may be dealing with an institution, company, or organization, but besides the entity, you’re dealing with human beings who have different backgrounds, values, biases, and emotions.

The human aspect of emotions in negotiation can be both a plus and a minus. People misunderstand and misinterpret things, which can reinforce the other side’s misgivings or spark negative reactions. On the other hand, a good working relationship, and the positive emotions that foster it, can help negotiations go smoothly. Also, people’s desire to be liked and respected may make them more considerate.

In any case, handling people sensitively and respectfully is a prerequisite for successful negotiation. Continually ask yourself whether you’re giving enough consideration to emotions in negotiations.

Negotiators are always dealing with two issues: the substance of the negotiations and the relationship between the two sides. Both issues are important. For instance, a store owner wants to make a profit on a sale (substance), but also create a return customer by sending her away happy the first time (relationship). If he overcharges, he may make a profit, but he’ll damage his relationship with the customer and she may not return. The first issue has little to do with emotions in negotiations, but emotion plays a huge part in the second issue.

Most negotiations involve a long-term relationship that’s important to maintain. For instance, union members and bosses must be able to work together for a strong company bottom line and job stability. In some instances, the relationship may be more important than the immediate negotiated results. This is why it’s so important to address emotions in negotiations.

Because the relationship involves people and their emotions, it gets intertwined with the substance of the negotiations. For example, you may think you’re simply pointing out a problem (“The warehouse is a mess”), but someone on the other side may take it as a personal attack or blaming. Or, when people hear comments on substance, they may infer something negative about the speaker’s attitude toward them. We often conflate problems and people without realizing we’re doing it.

Positional bargaining tends to pit people against each other — someone’s tough position can be taken to mean she doesn’t care about the relationship or the other person. This deepens the problems that can come from emotions in negotiations.

However, dealing with differences of substance needn’t conflict with having a good relationship if the parties are committed to treating substance and relationship separately, each on its merits. For instance, deal with hurt feelings or anger directly rather than trying to appease the aggrieved person by making a concession on substance. Use psychological techniques, such as testing assumptions, educating, giving people an opportunity to vent, and improving communications.

Tips for Dealing with Emotions in Negotiations

People come to negotiations with strong feelings: they know that much is at stake and they may already feel defensive or threatened. One side’s emotions will generate a response from the other side. Emotions can create an impasse or end negotiations. Here are some ways to keep this from happening:

When you take steps to honor the positive emotions in negotiations and prevent or mitigate the negative emotions, you’re far more likely to negotiate successfully.

Sales Coaching Model: Why You Need One Now 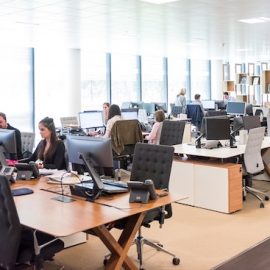