What was the Enron California Energy Crisis, and what effect did it have on Enron’s business and eventual failure?

What Happened During the Enron California Energy Crisis?

Meanwhile, the energy traders were making lots of money in the volatile markets. They were one of the few really profitable centers of the company, giving credence to Skilling’s vision of a next-generation, asset-light energy company.

They made even more when they launched Enron Online – a virtual trading floor for energy futures. This eventually caused the Enron California Energy Crisis.

Enron traders participated in California’s partial deregulation of electricity, becoming enmeshed in the controversy around California’s blackouts and emergencies. The Enron California Energy Crisis was driven by trading over this deregulation.

The regulatory change: California opened electrical grids to competition in a market, where electricity had previously restricted it to certain providers with controlled costs. Utilities had to sell off their generating facilities and buy power on the open market.

But the regulation was partial – price caps were instituted; rates to consumers were fixed; and utilities were precluded from longer-term agreements that might have allowed hedging and reduced spikes in prices.

Enron took advantage of the rules to manipulate markets, to the detriment of consumers:

Ultimately utilities were forced to pay far more for power than they could collect from customers, who were still paying regulated rates. One incumbent went bankrupt.

Vicious cycle: because of this instability, power producers began refusing to ship to California. (Later the US Energy Secretary imposed a state of emergency, requiring marketers to sell to California.)

If Enron had a long-term view on the Enron California Energy Crisis, it would have seen that California’s experiment needed to do well to make bigger business for it later. But it held destructive short-term views, like “other people are doing this too” and “California didn’t fully deregulate like we suggested so it deserves what it gets.”

Free market supporters claim that California’s partial deregulation set up a worse scenario than total deregulation, and California didn’t do enough to create enough electricity supply (for example, by removing price caps to incent development or realizing that hydroelectric power was subject to risk from low rainfall).

All the financial machinations around SPEs were meant as temporary measures while Enron bet big on its next two major businesses. Both of them, however, sustained massive losses. One was Enron Energy Services.

In addition to Enron and California’s relationship with the energy crisis, Enron’s historical bread and butter was large wholesale contracts with commercial buyers. But it believed there was a coming wave of deregulation, where federal/state governments would release municipalities from local monopolies to allow the free market to drive prices down. Enron could then sell directly to businesses and homes.

In the few hotspots it could work in, Enron campaigned aggressively to recruit consumer households to sign up, promising lower utility costs. However, the local suppliers fought back, pulling their political strings and running ads against the big guy coming into town.

In the end, few consumers really signed up for Enron’s services – 50k in California (1% of the market) and 300 in New Hampshire. Enron and California were not a good fit.

After the residential failure, Enron targeted businesses. This was enticing – a big company spends millions a year for light, heating, and cooling. Couldn’t Enron get a share of this?

Regardless, this new TCV became the sought-after metric of the day, since it gave the appearance of Enron signing big business. As usual, Enron deal makers were given bonuses on total TCV and the projected profitability of the deal (which were wildly optimistic). Naturally, a lot of bad deals were signed very quickly.

The operational requirements of this new business put Enron and California out of its depth when it came to energy – servicing customers directly required customer service, attention to detail, and hard manual work that Enron executives referred to derisively as “butt crack” work 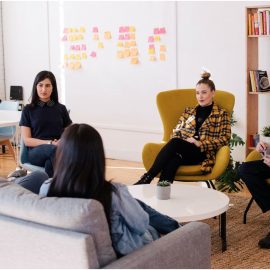 How to Create the Ideal Design Sprint Team