What is an empathy wall? Why is overcoming the empathy wall necessary to find political unity?

The empathy wall is our inability to look beyond political affiliations and help people vote for policies that will better their lives. It means assuming what another group thinks and feels and needs, instead of communicating with each other.

Read more about the empathy wall and how we can overcome it.

Strangers in Their Own Land: Overcoming the Empathy Wall

In Strangers in Their Own Land: Anger and Mourning on the American Right, sociologist Arlie Hochschild seeks to understand the social, cultural, and emotional forces driving right-wing politics. As a professor at UC Berkeley, famous for its tradition of left-wing activism, Hochschild recognizes the need to step outside of her liberal bubble and understand the world as American conservatives see it.

In an era of rising political polarization, Americans on both the left and the right increasingly see one another not as rivals, but as bitter enemies and even existential threats. By speaking with conservative Tea Party supporters living around Lake Charles in southwestern Louisiana, Hochschild attempts to move past the partisan divide and approach American politics from a position of empathy for those on the right.

It is only by breaking down this empathy wall, that we can come to truly inhabit the emotional world of the right, giving us insight into why these voters believe what they believe—and why those beliefs might make sense given these voters’ experiences. It is only by forging these points of connection and seeing the world from the perspective of those on the other side of the political divide that we can begin to overcome the widening chasm in American politics that threatens the very functioning of our democracy.

In this summary, we’ll make our journey across the empathy wall by exploring:

To heal America’s growing political divide, liberals and conservatives must find ways to overcome the empathy wall that separates them. Each side is far too busy demonizing the other and reacting to caricatures of their political opponents, rather than substantively engaging with what the other side really believes and why they believe it.

Conservatives like the ones profiled in this summary must recognize that liberals do not wish to impose their values on them or judge them for how they live their lives. Instead, American liberalism is premised on a vision of the common good, one in which traditionally marginalized groups are empowered to chart the course of the nation’s future and economic gains are shared more equitably. And, sometimes, the federal government is the only entity with the resources and direction to bring such a vision to life.

Liberals must recognize that conservatives are not motivated solely by bigotry and hatred, nor are they uneducated or unsophisticated. Their political beliefs and resentments stem from a long history of feeling marginalized and discarded by mainstream American culture—of feeling like strangers in their own land. Moreover, there is much that liberals ought to admire about people on the right—their sense of pride in the dignity of work; their commitment to family and community; and their spirit of entrepreneurship, individualism, and independence.

By speaking more honestly with one another on an individual level and breaking out of their respective bubbles, liberal and conservative Americans would find that there is much that they actually have in common. On some level, both groups believe that the American economy has become unfair and rigged, with liberals believing that wealthy and powerful corporations are taking up too large a share of national income, and conservatives believing that the government is unfairly rewarding the indolent and lazy over the thrifty and industrious.

And there is indeed room for compromise and movement on a shared agenda between liberals and conservatives. For example, although he remains a member of the Tea Party and retains staunchly conservative positions on taxes, welfare, and abortion, Mike Schaff, whom we met in Chapter 2, has become a committed environmental activist (even if he still dislikes that label). While he is still generally hostile to government, he has come to recognize that there is a role for government oversight of business, especially when corporations destroy communities through their environmental mismanagement, as Texas Brine did to his beloved Bayou Corne.

Mike has been able to turn his right-wing values regarding honor and community toward progressive ends—he feels outraged, dishonored, and disrespected by Texas Brine’s indifference to the community that he loves. Now, he is working to get the Tea Party to embrace environmentalism as an important issue for conservatives as well.

If progressives wish to remain electorally competitive and to make progress toward their vision of a national common good, they must step outside their left-wing bubble and actually engage with those who disagree with them. Mike’s story shows that cooperation is possible. Some ways to bridge this division could include:

However we do it, getting past the empathy wall is the only way we can bring civility back to our politics, restore public faith in democratic institutions, and rejuvenate the American Dream 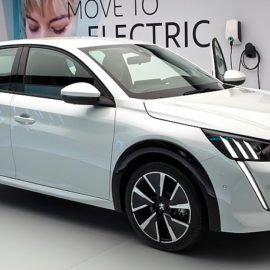 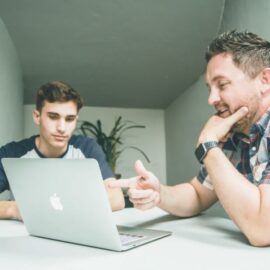