What was Donald Trump like behind the scenes and the limelight? Who did he allow into his inner circle?

Let’s take a closer look into President Trump’s administration, as described by Anonymous in his 2019 bestseller A Warning.

Trump was the candidate Republicans didn’t want. In the field of seventeen GOP primary candidates in 2016, Trump was nearly everyone’s seventeenth pick. At first, most in the party ridiculed him. His comments were crazy and his candidacy seemed like a stunt.

The ridicule turned to frantic criticism, as they started to realize he had a chance of being nominated. “It was a clown car that became a slow-motion accident—funny at first but soon horrific.”

Republican elected officials had harsh assessments about Trump, including:

In Donald Trump’s administration today, his critics are few. All who are left are apologists and defenders.

As an example of what can happen when the president’s advisors become sycophants, consider Trump’s response to Hurricane Dorian. First, he stated incorrectly that Alabama was in the storm’s path when it wasn’t. He refused to admit he was wrong. Trump displayed an old posterboard of the stormtrack that had been marked with a Sharpie to make it look like the storm was still projected to hit Alabama. He was mocked and got even angrier. But rather than urge him to issue a correction, many aides were eager to help him perpetuate the lie. At his request, they issued statements and data points disputing the reality, which of course, made things worse.

Trump’s original Republican critics were right about him. Their words remain valid, although the ethics of the people who uttered them have changed.

The ‘Island of Misfits’ and Apologists

Over the years, in his business and television career, Trump built “an island of misfit apprentices.” During the campaign he collected even more—the campaign was “a magnet for third-rate talent.” While many of these people accompanied him to the White House, experienced political hands also were able “to push many of the lackeys aside.”

However, with the decline of the Steady State today, another group is on the rise: apologists.

Chief among them is Mick Mulvaney, who traveled a long way from vehement Trump critic to director of the Office of Management and Budget to acting chief of staff. His approach has been to “Let Trump be Trump.” Rather than challenging the president’s awful ideas, he urges staff to make them work or make them more acceptable. Mulvaney, who had blasted Trump as “a terrible human being,” now seeks to make him a bit less bad.

Embarrassing errors have multiplied. For instance, in his desire to get U.S. troops out of Afghanistan at any cost, Trump almost went through with a plan to bring Taliban leaders to Camp David to work on a deal—on the eve of September 11. Of course, the Taliban had once harbored 9-11 terrorists.

Instead of pushing back on bad ideas, ambitious apologists are busy stabbing each other in the back and jockeying for open positions. Many unscrupulous people have made their way to the head of the class—they’ll soon be subpoenaed.

An authoritarian leader typically surrounds himself with sycophants who share certain characteristics. In his book The Road to Serfdom, on how free societies devolve into totalitarianism, Austrian philosopher and economist Friedrich Hayek outlines those characteristics—which are an apt description of the people increasingly dominating Trump’s inner circle.

While Trump isn’t a dictator, as some critics have claimed, his authoritarian tendencies set him apart from almost any past president.

In a chapter is titled “Why the Worst Get on Top,” Hayek says authoritarians seek those who:

Such a team will be unfailingly loyal to an authoritarian leader and will implement his or her policies without question. They understand that doing what they know is wrong when the leader requires it is the path to promotion. Exactly these sorts of unquestioning followers, who share Trump’s animosities, have risen to the top in his world.

As noted previously, some of today’s apologists are the same people who raised alarms about Trump’s potential election. What turned them into his lackeys? The apologists are motivated by three things, which Hayek identified: power, tribal loyalty, and fear.

1) They believe allying themselves with Trump will bring them power, influence, and status. They’ll do anything and excuse anything to get it. Some hope for financial power—lucrative positions after leaving the administration. Trump keeps dissatisfied people compliant with mentions of future employment. Others revel in the power of influence—getting Trump on the phone, flying with him, being complimented in a presidential tweet. For officials seeking reelection, Trump’s approval builds support at home and deters primary challengers—“It’s easier to win with the bully on your side.”

2) Trump’s apologists often are motivated by utter devotion. Trump told former FBI director James Comey, “I need loyalty. I expect loyalty.” As he’s demonstrated, Trump expects loyalty even from people in administration positions that are supposed to be independent of political influence—for instance, the attorney general and the chairman of the Federal Reserve. Anyone who doesn’t demonstrate his or her personal submission will be on Trump’s firing list. Remember the televised cabinet meeting, early in his administration, where members, one-by-one, were required to praise him?

A Brigham Young University study found that loyalty to a group is a stronger driver of opinion than personal ideology. This could explain why so many Republicans support Trump—it’s because he’s their party’s president, not because they share his beliefs. Trump “has created a true cult of personality. Whether he is right or wrong, the tribe must protect him, even if that means forsaking their principles.”

3) Some Trump apologists are driven by fear—of Trump’s criticism, retribution, or fear of losing a job. As noted earlier, Trump wields fear to manage people. For example, he taught potential turncoats a lesson with his treatment of former chief strategist Steve Bannon. Trump sought to cut off Bannon’s Republican donors and get friends to drop him. He barred aides from speaking to Bannon and demanded they denounce him publicly. In addition, Trump likes threatening allies, spreading termination rumors, and even going after defectors’ family members. Typically, his targets capitulate.

To identify a Trump apologist, just look for the people in the room who are smiling and nodding as he goes off on an angry tirade. You don’t have to attend a White House meeting to see it—from your living room, you can see it on television. Trump often invites the media to cover such meetings to demonstrate his power over those in the room.

Trump has two kinds of apologists:

1) The sycophant: This person is a “true believer,” who fell instantly for Trump and demonstrates admiration by buying anything with Trump’s name on it, whether Trump Stakes or Trump Vodka. Sycophants are regulars at the Trump International Hotel near the White House. They eat up his talking points, slurs, and denigration of opponents. They’re driven by both a desire for power and tribalism. They’re frequently on television defending him, regardless of how much the abase themselves doing it. They’ve crossed “a moral and logical Rubicon to serve Trump’s media cravings.”

2) The silent abettor: This person knows what’s going on in the Trump administration is wrong, but doesn’t say anything. Silent abettors are motivated by the desire for power and by fear, having subordinated their principles to self-interest.

It’s disheartening how many on Trump’s staff and in the Republican Party are staying silent when their voices are so urgently needed to speak up for good government and against bad policy. They could make a difference, not necessarily by speaking publicly, but by challenging him at meetings. Ultimately, speaking up is a matter of self-interest because those who don’t will end up before the television cameras defending the indefensible.

Trump apologists will deny everything in this book and Trump will direct them to do so—but would they deny politically motivated actions by the White House under oath? That’s something Congress may want to consider.

Voters should be concerned about the rise of apologists in the Trump White House, especially the bad policy decisions they’ll enable and the conduct and prejudices they’ll affirm.

The Silence of Capitol Hill

Although members of Congress have a constitutional duty to scrutinize and criticize the president, Republican members haven’t stepped up to criticize Trump when he deserves it. If they can’t applaud him, they go silent. Instead of speaking up when it’s mattered most, they’ve become sycophants and silent abettors.

All the GOP officials quoted at the beginning of this chapter have become apologists:

They’ve forgotten their oath is to the U.S. Constitution, rather than to Trump or their party. Republicans who remember their oath and have spoken out against Trump are a vanishing breed: Mitt Romney, Justin Amash, Paul Ryan. Maybe there are others who share the concerns raised in this book and will find the courage to speak.

Nonetheless, it won’t be enough. Dissenters have “all waited too long to speak out, and haven’t spoken forcefully enough. Myself included.” 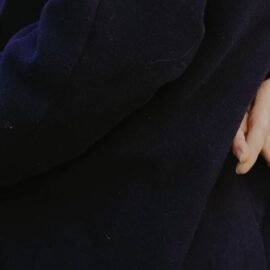