What is a decision group? How can it strengthen your decision-making skills?

Thinking in Bets author Annie Duke cites decision groups as a key part of her growth as a poker player, especially when she was first starting out. Having a group of people to help you make better decisions is important, and Duke shares how you can find and engage with such a group.

Working With a Decision Group

Duke argues why decision groups are important and explains how you find such a group. She shares how you set up group guidelines, mutually agreeing to interrogate your own and each other’s decisions in a way that you wouldn’t usually do in most social settings.

Why Do You Need a Decision Group?

Self-critique is an important skill, but other people can help you see your blind spots. They bring their own unique life experiences to the table and give you the chance to view ideas from angles you hadn’t considered before.

But first, you need to find someone who’s willing to have those discussions with you. Not every person wants to have their decisions or beliefs picked apart—to be asked to bet on their level of certainty. If you try to engage in that kind of “betting” with someone who hasn’t agreed to it, all you’re likely to do is create an awkward situation.

Think about it: If a friend loses a game and complains about their bad luck after, they’re more likely to be looking for sympathy than for someone to ask, “Well, what moves did you make? Where do you think you went wrong?” And if they come to you boasting about a win, chances are they’re looking for a pat on the back and not a back-and-forth about what they could have done better.

You can’t force someone to participate; they have to volunteer for it. People have to want to learn. That’s why forming a group around good decision-making practices is important.

How Do You Form a Decision Group?

Duke calls the group of people who help you vet your decisions a “truthseeking pod” or “decision pod.” You can find these people among family, friends, or colleagues, or seek them out in professional groups or organizations.

This all sounds very formal. It doesn’t have to be. It can be as simple as an experienced poker player telling Duke, when she was first starting out, that she was free to discuss strategy with him but he wouldn’t indulge self-pity about bad luck. This was the same sentiment she found among a group of players her older brother (who also went on to be a professional with millions of dollars in poker earnings) introduced her to. Members of that group had a shared understanding that being good players meant continually examining their strategies, their decisions, and their outcomes—and helping each other do the same.

In a group, everyone is a willing participant and expects certain behaviors from the others. You can establish a norm of challenging each other’s beliefs and biases. Make helping each other improve a shared goal. Whether this group forms organically or if it’s deliberately set up with written rules, there needs to be an explicit agreement about how you engage with one another. You’re interacting in ways that are outside typical social norms, so group guidelines need to be clear. But if you can gather or join that group of like-minded people, you can help each other grow together much faster than any of you would have managed to grow on your own.

The Qualities of an Effective Decision Group

Let’s break down these qualities in more detail.

1. The Group Is Dedicated to Accuracy

We discussed the importance of fighting against your own biases and considering ideas from multiple perspectives. In a way, it’s about challenging yourself. For a group to help you make better decisions, they have to be willing to challenge you, too.

This willingness to dissent occurs in groups who value objectivity over polite acquiescence. In that kind of setting, challenge and discussion are encouraged. Disagreement can feel impolite, but if disagreement is part of the group’s norms, then people are more willing to share their views and contradict each other.

By being part of a group that values accuracy, you can earn approval as a reward for behaviors like outcome fielding and analyzing your decision-making process—which creates and reinforces good habits.

2. Members of the Group Hold Each Other Accountable

And they expect to be held accountable themselves.

Members of the group understand that they’re not in a setting where their audience will passively accept whatever they say. If reward encourages certain behaviors, accountability can be used to discourage you from succumbing to your more irrational or self-destructive impulses.

The thought of having to explain to someone—a group of friends or peers, a professor you respect, or your parents—that you missed a major exam because you just forgot about it can be a much more effective barrier against poor decision-making than trying to resist those impulses by yourself.

3. The Group Welcomes a Diversity of Thought

Having different perspectives in the decision group is important for generating new ideas and helping each other see what you’d have otherwise missed.

Imagine you’re watching a scene in a movie that’s shot using one camera that remains in the same angle the entire time. What might you miss? The expressions or body language of a character that’s facing the other way? A looming threat just outside the frame? The text on the maps pinned to the opposite wall, too far away to see clearly? Just as most movies tell a story using many different camera angles, we’re more likely to get a full and complete view of the truth by consulting a diversity of perspectives.

Being able to draw on the experiences of a group of people gives you a greater bank of knowledge than you would have if you were limited to only your own lived experiences. Along with access to more knowledge, people with different viewpoints can point out evidence you’d missed, expose you to new information sources, or walk you through lines of reasoning you hadn’t considered. Giving thought to different viewpoints helps you test what you believe and gets you closer to objectivity. It also helps you see yourself more clearly, as other people can point out biases you might not yet recognize in yourself.

(Shortform note: For more on the pitfalls of ideological polarization, read our guide to The Righteous Mind.)

Applying What You’ve Learned From the Group Outside the Group

Although we’ve established that people have to consent to “thinking in bets” before you can engage with them on that level, it’s still possible to maintain some truthseeking behaviors around people outside your decision group.

How do you think you might benefit from a decision group? 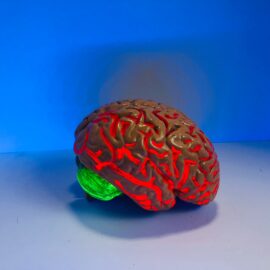 How to Reduce the Risk of a Stroke: Dietary Guidelines 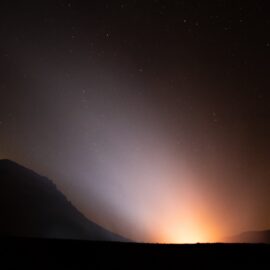 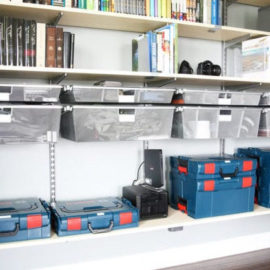