Who was David Lilienthal? What can you learn from his story about working with purpose and transitioning from one career to another?

The people of Wall Street may have a reputation for pursuing profits at all costs, but John Brooks says that there are those who’ve managed to balance this pursuit with a sense of purpose. Brooks profiles David Lilienthal, former chairman of the Tennessee Valley Authority (TVA) and, later, chairman and CEO of the Development & Resources Corporation (D & R). Brooks traces Lilienthal’s career trajectory and how he navigated the transition from public servant to big businessman.

Continue reading to see why David Lilienthal was one of Wall Street’s good guys.

Brooks’s original essay was published in the 1961 issue of the New Yorker and concluded with snippets of Brooks’s interviews with Lilienthal’s peers. In the version that appears in Business Adventures, Brooks replaces the original ending with an update on Lilienthal based on a follow-up interview in 1968.

A lawyer by profession, David Lilienthal became the chairman of the TVA—a government-owned electric power company, bigger than any private power company in the US—in 1941. During this period, the government and Wall Street were constantly at odds, so businessmen tended to view Lilienthal as a big-business antagonist. He was appointed by New Deal architect Franklin D. Roosevelt, solidifying his image as a New Dealer. (Shortform note: The New Deal was a series of projects, reforms, and regulations that aimed to alleviate unemployment, get the economy back on track, and institute reforms to prevent another economic depression. Conservatives viewed the progressive reforms as socialist.)

After his stint at the TVA, Lilienthal was appointed chairman of the Atomic Energy Commission, where he served from 1946-50. He revealed to Brooks that he had a number of reasons for retiring, but one factor was timing—he left at a time when there were no issues hounding him. (Shortform note: While working for the federal government, Lilienthal was a controversial figure who had to attend his fair share of Congressional hearings. Among the accusations he faced were charges of communism and mismanagement.)

Moving on to the Private Sector

Lilienthal admitted to Brooks that he was worried about his ability to make enough money in the private sector. These worries were put to rest when he received offers to practice law again and to teach at Harvard, but neither option appealed to him. He instead decided to work as a consultant for various companies, including Minerals Separation North American Corporation, of which he eventually became president. Under his leadership, the company flourished and he became a millionaire.

Lilienthal also published a book called Big Business, where he shared some of his ideas about industry. Old associates labeled him a sellout—the one-time New Dealer was now engaged in, and defending, big business. But, in speaking to Brooks, Lilienthal maintained that he already had the views he expressed in the book even when he worked in public service. (Shortform note: Lilienthal was somewhat defensive when it came to this particular topic, but he remained steadfast in his views. If, unlike Lilienthal, you have a hard time dealing with unfair criticism, experts recommend evaluating the feedback and seeing if you can learn and grow from it.)

Despite his success in the private sector, Lilienthal was dissatisfied—he missed the impact he made as a public servant. This led him and some former TVA colleagues to establish D & R in 1955. The organization had a dual purpose: to develop rural places outside the US and to make a profit in the process. (Shortform note: As Lilienthal discovered, pursuing measurable goals like money rarely leads to personal fulfillment. As such, experts recommend two ways to feel satisfied: First, work on mastery over something you enjoy; and second, help others to give you a greater sense of purpose.)

D & R’s chief client was the Iranian government, which granted a contract to aid in the development of an area called Khuzistan. D & R also worked on programs for such countries as Italy, Colombia, the Ivory Coast, and the Philippines. In Brooks’s follow-up visit in 1968, he observed that Lilienthal finally seemed content; he had found a way to make an impact on society while still making money.

(Shortform note: The year after Brooks’s follow-up visit, D & R suffered its first loss since it was established. It continued to decline over the following years with a series of unsuccessful projects and a dearth of clients. Lilienthal decided to dissolve D & R in 1979, then published a book entitled Atomic Energy, a New Start in 1980. He died of a heart attack in 1981. He was such a well-known personality that his death made the front page of The New York Times.) 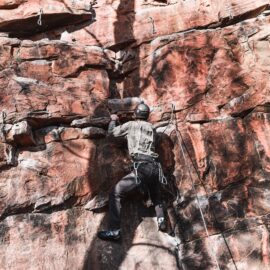 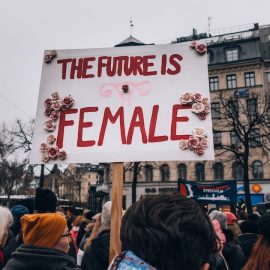 Candace Owens: Feminism Is an Enemy of Black Americans