Is Crossing the Chasm worth reading? What is the reason, according to its author Geoffrey Moore, most new, high-tech products never reach the stage of mass adoption?

In Crossing the Chasm, Moore explains why most tech products never reach the stage of mass adoption—because they die in the “chasm” between the early market and the mainstream market (the early majority). Further, he outlines his strategy on how to cross the chasm, which boils down to becoming the market leader in a very specific niche market, and then expanding into other niches until you dominate the whole market.

Read the Shortform review of the book’s context, background, and critical reception.

Crossing the Chasm was the first of seven books that Moore has written, and remains his most popular book. All his books deal in some way with the relationship between innovation and market dynamics.

Geoffrey Moore (not to be confused with the actor of the same name) is a marketing consultant, public speaker, and co-founder and chairman of The Chasm Group, a consulting firm. He specializes in the market dynamics of disruptive technologies, and asserts that his firm has helped hundreds of companies make the difficult transition from the early market to the mainstream market.

In the latter part of the 20th century and the first part of the 21st, countless startup companies have formed around innovative high-tech products. Some of these products profoundly transform the way we live, or at least the way a certain industry conducts its business, but most of them seem to stagnate and die instead of taking off. The timely relevance of Moore’s explanation for this may have contributed to the book’s success.

Crossing the Chasm is grounded in the concept of “diffusion of innovation,” which explains how innovations are adopted by society. This concept was originated in 1956 by George Beal and Joe Bohlen of Iowa State College, who studied farmers’ adoption of agricultural technologies.

Six years later, a communications professor at Ohio State University named Everett Rogers expanded upon Beal and Bohlen’s research in a book titled Diffusion of Innovations, which was influential in popularizing the concept and making it relevant to industries beyond the farming community. Diffusion of innovations also came to be known as the “Technology Adoption Life Cycle” as the pace of technological advancement accelerated and the concept was increasingly applied to high-tech products.

In Crossing the Chasm, Moore first discusses the “Technology Adoption Life Cycle,” then points out a flaw in the model, which gives rise to the “chasm” that the remainder of the book deals with. Some sources assert that the “chasm” concept was originated by Lee James of the Regis McKenna consultant company, and there are a number of common elements between Moore’s business strategy and the strategies published by Regis McKenna in 1985.

The success of Crossing the Chasm was unexpected. Moore notes in his foreword to the third edition that he originally estimated his target audience to consist of about 5,000 readers, specifically marketing executives in high-tech startup companies. However, the book has now sold over a million copies.

In addition to its business executive audience, it has become a reference for managers, engineers, and students. The second and third editions of the book kept its case studies up to date, and demonstrate that the ideas it presents remain influential.

As noted above, Crossing the Chasm was well received by readers. Reviewers praised the book for presenting a clear theoretical model to explain the period of transition from early to mainstream markets. Many of its more recent reviewers emphasize the book’s value as a teaching tool for industry terminology over its original purpose as a strategy guide for making the transition to the mainstream market.

However, the book was not without its critics. Some reviewers said the book was too verbose and didn’t have enough in-text citations. Others expressed concern that Moore’s strategy was oversimplified, and that Moore didn’t attribute the chasm concept to Lee James or his colleagues at Regis McKenna. More than a few reviewers complained that the book introduced too much technical jargon. Finally, some reviewers felt that the book inappropriately elevated the role of the marketing department in the hierarchy of a business.

The message of Crossing the Chasm is two-fold: First it helps you understand the market dynamics that create the chasm. Then it tells you how to pilot a company across the chasm.

In explaining the theory, Moore starts by presenting the Technology Adoption Life Cycle (TALC). Then he discusses the flaw in this model, namely that it portrays the market as a continuous population of people who can be grouped according to their buying practices, when there are actually gaps between the different groups. Moore then explains how he has modified the model to make it accurate. He spends the first two chapters comparing and contrasting the original TALC with his modified version.

While this presentation is adequate, jumping back and forth between the two models can make Moore’s critique of the original model hard to follow. As evidence of this difficulty, when Seth Godin quotes Moore’s model in Purple Cow, he actually presents the original TALC, mistakenly attributing it to Moore and omitting the modification that Moore introduced to correct the model.

In explaining how to cross the chasm, Moore uses the D-Day invasion strategy of World War II as an illustration of his strategy for entering the mainstream market with an innovative product. He breaks the strategy down into four major steps, which he then elaborates upon, continually revisiting the D-Day analogy.

The D-Day analogy works well for illustrating Moore’s strategy at a high level, but like every analogy, it eventually breaks down when scrutinized in sufficient detail. Thus, as Moore elaborates on the details of his strategy, the continued references to D-Day arguably become more distracting than illustrative.

Buying Motivation: Why Do People Buy? 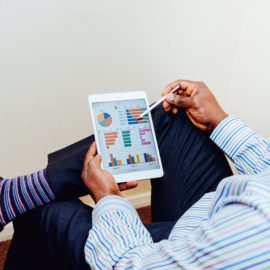