A complex problem is a problem that has many variables and for which the outcome is uncertain. An example of a complex problem is raising a child. You learn from raising one child, but the next child may require a different approach.

From Simple to Complex Problems

The successful experiences of using checklists in aviation decades ago suggest they could be applied widely. They protect even the most experienced from making mistakes in a whole range of tasks. They provide a mental safety net against typical human lapses in memory, focus, and attention to detail.

In classifying the three problems described so far in this book — the bomber crash of 1935, the issue of central line infections, and the rescue of a drowning victim — the key problem and solution in each case were simple:

But can checklists be used to address complicated or complex problems, such as ICU work, where there are many tasks performed by multiple people, dealing with individual patients with individual and complex problems? Medicine encompasses all three types of problems —  simple, complicated, and complex. It’s important to get basic things right, while allowing skill, judgment, and ability to react to the unexpected.

The Demise of the Master Builder

Let’s look at an example of how checklists can solve complex problems.

People used to hire master builders, who designed, engineered, and oversaw the construction of large and small projects from start to finish. For instance, master builders built Notre Dame and the U.S. Capitol building.

However, by the mid-20th-century master builders became obsolete because one person alone couldn’t master the advances occurring at every stage of the construction process. Architectural design and engineering design became separate specialties. Other specialties and subspecialties developed. Builders split further into areas of expertise such as finish carpenters and tower crane operators. Major projects now involve 16 different trades and hundreds of workers who must do their jobs in coordination with others.

The construction process is orchestrated using sophisticated schedules and checkpoints that enforce roles, communication, and follow-through. The simple act of building has become a complex problem. The major advance in the industry over the last few decades has been perfecting this process of tracking and communication.

To manage increased complexity, the entire construction industry was forced to evolve. However, much of medicine is still structured like the master-builder era — with a lone physician executing all of a patient’s care — even though times have changed to the extent that a third of patients have at least 10 doctors involved in their care by the last year of their life. As a result, care can be uncoordinated and subject to error.

In construction, failure isn’t an option. Massive structures must stand up straight and withstand all kinds of pressures and potential disasters such as fires and earthquakes.

Managing Complex Problems: The Rise of the Construction Checklist

To see how managing complex problems works, the author visited the Russian Wharf project in Boston while it was under construction in 2006. The project, completed in 2011, consisted of a high-rise, glass-and-steel waterfront building that incorporated commercial and residential space while retaining historic aspects of the original building on the site.

The nerve center for the project was a room where the construction schedule, essentially a huge checklist, was posted on the wall. This consisted of multiple, large sheets of paper containing numerous computer-created, color-coded lists. They listed every task by order and date — for instance concrete pouring and steel delivery for each story were scheduled at certain times. As each task was completed, the project executive noted it on the schedule and printed out the next phase of work. The construction schedule was designed to build the project in layers, using day-by-day checks to ensure that the knowledge and skills of hundreds of people were correctly applied at the right time and place.

Medicine and the Explosion of Complexity

Medicine is another field that’s continually dealing with complex problems. In trying to do the right things, the challenge of the 21st century is ineptitude, rather than ignorance. It used to be the reverse. For most of human history, we struggled with scientific ignorance. We didn’t understand how things worked or what caused illnesses and how to treat them.

For instance, doctors didn’t know how to treat heart attacks or how to prevent them as recently as the 1950s. Patients were prescribed morphine and bed rest and, if they survived, they lived as invalids. Today, however, we have a host of treatments and procedures that save lives and limit heart damage. Also, we can prevent many heart attacks because we understand and can mitigate the risks of high blood pressure, cholesterol, smoking, and diabetes.

But while science has increased our knowledge dramatically, we still often fail. The reason isn’t lack of money, malpractice, or government or insurance issues. It’s the enormous and ever-increasing complexity of many fields today. We struggle to apply knowledge the right way at the right moment. Under pressure, we make simple mistakes and overlook the obvious.

Those on the receiving end of such failures naturally react with outrage. We can forgive ignorance and accept that others tried their best with what they knew. But when the experts know what to do and fail to do it, we’re likely to blame gross negligence, incompetence, or heartlessness. This ignores the complexity of many jobs today, and the complex problems that come with them. 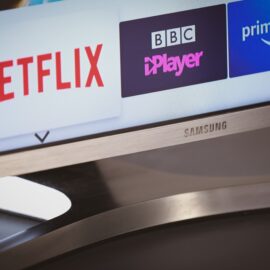