Is Melody Beattie’s book Codependent No More worth reading? How was the book received by readers and critics?

Here is our Codependent No More review.

Our Codependent No More review begins with a brief overview of the book. Codependent No More is a guide to reclaiming your life from codependency: a reaction to stress in which a person becomes obsessed with another and loses sight of themself. Codependents forget to take care of themselves in their attempts to manage other people’s lives, and they are often wracked by stress and guilt. Melody Beattie encourages readers to overcome codependency with powerful messages of finding yourself, recovering self-esteem, and living a life that is free and full of joy.

Melody Beattie is an author of self-help books. Born in St. Paul, Minnesota, in 1948, Beattie had a traumatic childhood that led to her becoming an alcoholic before she turned 13 and a drug addict before she graduated high school.

Beattie’s life turned around after a judge sentenced her to complete addiction treatment. She experienced a spiritual awakening that led her to recognize the mess her life had become. Beattie decided that instead of wasting her energy on harmful behaviors, she was going to use that energy for good. After becoming clean and starting work as a counselor at a substance abuse clinic, Beattie realized that addiction wasn’t her only concern: She was dealing with codependency too.

Beattie wanted to find a way to help other people who were struggling like she was. When she couldn’t find any resources that helped with codependency, she decided to create her own. Beattie wrote her debut book Codependent No More as a divorced mother of two living off welfare. She finished the book in four months, and it went on to spend 115 weeks on the New York Times bestseller list, selling over 4 million copies. Since then, Beattie has published 17 other self-help books, as well as articles for Time and People magazine. Her debut book remains her most well-known publication.

Beattie connects with her readers through her down-to-earth writing style and encouraging tone. She writes from personal experience and cautions her readers that she is not an expert or a guru, but rather someone who, like them, is trying to find her own way to healing.

Publisher: Hazelden Educational Materials, the publishing branch of the Hazelden Foundation, published Codependent No More in 1986. The book was updated with new introductory material on the 5th, 15th, and 25th anniversaries of the initial publication. For this guide, we’re using the 25th-anniversary edition, updated in 2011.

Beattie wrote Codependent No More on the heels of nationally high levels of alcohol and drug consumption throughout the United States. During the 1970s and 1980s, the per-capita amount of alcohol consumed was almost three gallons a year, while cocaine reached record highs of over 10 million users in 1982. These higher substance abuse rates may have contributed to the surge of interest in self-help programs like Alcoholics Anonymous. Beattie’s book capitalized on this interest, as well as on the increased need for support for the families of addicts formed during these record highs.

While the idea of codependency had existed among substance abuse clinics and psychologists for over a decade before the publication of her book, Beattie is widely considered the first person to introduce the concept to the wider world. That said, several other self-help books of a similar nature were published shortly before Beattie’s book, including Adult Children of Alcoholics by Janet G. Woititz, published in 1983, and Robin Norwood’s Women Who Love Too Much, published in 1985. Both of these books were bestsellers in their own right, and both talked about codependency and the need to heal from it without actually using the term.

Codependent No More sparked a cultural wave of attention toward the families of addicts, rather than just the addicted member. As the attention grew, television hosts like Oprah Winfrey started talking about addiction, codependency, and self-help programs. Melody Beattie became known as the “queen of codependency,” and many 12 Step Programs for codependents used her book as their central text.

Codependent No More touched millions of people’s lives and has been credited with saving a lot of them. Readers enjoy Beattie’s personability and vulnerability throughout the book. They appreciate the in-depth look the book provides into codependency, its symptoms, and how it forms. Many readers felt able to identify with Beattie’s descriptions and credit her advice with turning their lives around. On a wider scale, the attention the book garnered facilitated new explorations into the field of codependency treatment.

However, Beattie’s book also sparked some debate among psychology circles, since at the time of its publication, codependency did not have a concrete definition. Some experts therefore disagreed with Beattie’s use of the term. Meanwhile, some modern readers dislike the author’s focus on spirituality throughout the book, as it makes it difficult for the secular reader to connect with the advice. Others argue that Beattie provides too many vague encouraging statements and not enough practical, step-by-step instructions for overcoming codependency.

Beattie wrote Codependent No More as the guide she wished she could have had access to when she was trapped in codependency. Thus, there is a tone of caring concern over the entire book, along with moments of fiery determination as Beattie assures her readers that they can heal and come to love themselves.

Beattie draws heavily from her own experience, both as a counselor and codependent, and as a result, the book is full of anecdotes from her time in 12 Step Programs. Beattie uses these anecdotes to give living examples of the complex concepts she is trying to portray. Since Beattie has no specific certifications in the field of psychology, and because she’s writing for others in the same situation, her approach is casual, without scientific jargon.

Some readers are drawn in by Beattie’s casual approach, finding comfort and connection in her stories and advice. Others, however, might be turned off by her reliance on personal experience over research.

Codependent No More is loosely arranged into two parts: a shorter introduction explaining the history and definition of codependency, and the longer advice section of the book where Beattie breaks down specific problems and solutions codependents face.

The chapter organization in the second part is somewhat scattered, with all of the chapters revolving around the central ideas of self-care and independence rather than building on each other. Because of this loose organization, and due to the fact that codependency is many circumstances and tendencies all interacting with one another rather than a neat row of causes and symptoms, there is a large amount of repetition throughout the book. However, this repetition could have been intentional on the part of the author, as she discusses in the book that repetition is important because it reinforces and internalizes good habits. 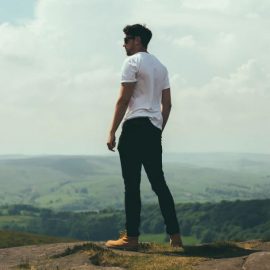 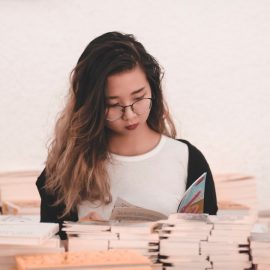