How can you overcome codependency? What are the five stages you will pass through?

Overcoming codependency is similar to overcoming the loss of a loved one—you will likely encounter the five stages of grief. Don’t let the grief discourage you. You must pass through the stages before you can move forward with your more independent life.

Move Through Grief to Acceptance

Another way to overcome codependency is to reach a state of acceptance. According to Beattie, acceptance means understanding and working with reality. Many codependents struggle with acceptance. They live in a constant state of uncertainty, robbed of physical, emotional, and financial security. As discussed previously, this means they hold onto what they do have even tighter. Unfortunately, this often manifests as rejecting reality and clinging to the past or a fantasy of how things should be. This will only cause them more pain.

(Shortform note: Living in a fantasy is dangerous. Your subconscious is just as affected by imagined events as real ones. The longer you focus on a fantasy, the more real it will feel and the more you’ll believe it. For example, if you’re in an abusive relationship and convince yourself that your partner will change her behavior on her own, that belief will become so ingrained that you can no longer see reality. This does not mean reality disappears, however, and ignoring reality means the situation and the codependent’s state of uncertainty will get worse.)

Beattie explains that dealing with reality means letting go of hopes and dreams, which is an incredibly painful process. But accepting reality is the only way to change your situation, and the only way to reach acceptance is to grieve. In this chapter, we’ll look at the stages of grief and some tips for how to healthily pass through them.

(Shortform note: Some people confuse acceptance with approval. If you were told to accept that your husband was abusive, you might balk at the idea. But this does not mean allowing the abuse to continue. Acceptance is about the past, and it allows you to work to change reality as well as understand it, while approval is about the future and what you will or won’t allow.)

The Five Stages of Grief

Beattie explains that there are five stages to grief. You must pass through all of them before you can move past a loss or painful experience. Let’s look at the five stages.

Denial is the stage that most codependents live in, Beattie explains. People in denial are clinging to the way things were or how they imagined things could be. They don’t allow themselves to see or process reality.

Denial is a defense mechanism that prevents you from being overwhelmed when you’re emotionally fragile, Beattie says. Denial keeps you functioning until reality can safely filter through. Unfortunately, many codependents don’t reach that level of safety, so they never leave this stage. After the initial shock period is over, denial starts becoming more dangerous than the truth. Ignoring problems makes them worse, and the more repressed a problem is, the harder it is to heal.

(Shortform note: As discussed above, people cling to their dreams because they are part of their identity. While denial is a good temporary safety net from the pain of losing that identity, you need a long-term safety net too, made of other goals and backup plans. People who are able to recognize an impossible goal and pursue a more reasonable goal instead are happier. This doesn’t mean giving up your dream entirely. If you dreamed of being an actor, you could join community theater, even if you’ll never perform on Broadway. Let go of the impossible, channel your energy in productive ways, and you’ll be more fulfilled as a person.)

Once you overcome denial and acknowledge the painful information, Beattie states that you turn to anger. You are angry because something has been taken from you. You feel slighted, used, and lost, and you turn to anger because it feels safer than being sad.

(Shortform note: Anger feels safer than sadness because sadness makes you feel helpless and vulnerable, whereas anger provides a sense of power and control. If you focus on being angry at the person who hurt you, you’re not focusing on how their actions hurt you. However, turning sadness into anger does not make the sadness go away: It merely hides it. Eventually, you have to feel the sadness, and relying on anger just damages your relationships along the way.)

The anger stage of grief is why proving people wrong is a perilous activity, Beattie explains. You’re taking a measure of knowledge and confidence away from them, and anger will naturally follow. You may think it’s reasonable for the other person to move right into acceptance, especially if the loss doesn’t seem important, but that’s not how acceptance works.

(Shortform note: While correcting someone can be dangerous, there are times when it is necessary. When not correcting someone would spread misinformation, it is better to correct them. Your correction should be kind, helpful, and delivered in a way that deflects embarrassment.)

If denial is trying to put off reality, bargaining is trying to make sure reality doesn’t affect you, Beattie argues. You believe if you can strike the right deal, you won’t have to deal with the loss you’ve suffered. Sometimes bargaining is helpful: It helps you identify steps you can take to fix a problem. Most of the time, though, there is little connection between your actions and the reality you’re trying to prevent.

For example, if Sarah’s job means she can’t take her daily walk in the evening, she can use bargaining to rearrange her schedule and allow herself that walking time. If, on the other hand, Danny thinks that making more money is the key to his wife’s loyalty, bargaining is not helpful. His wife will continue to cheat, and Danny will work himself to the bone for no reason.

Most people think about depression when they think of grief, Beattie explains. This is the darkest and most difficult stage for most people, and the reason people try to avoid grief. Your defenses come down, and you finally allow the pain of the loss to sink in. It is vitally important that you let this stage progress naturally. Trying to brush off the pain or “get back to normal” faster will delay the process and stop you from moving to the final stage.

Acceptance is the final stage of grief and the state of mind you should be living in, according to Beattie. Acceptance does not mean giving up or taking abuse. It does not mean thinking things will remain the same forever. Rather, acceptance is the first step toward change. In a state of acceptance, you have made peace with what is true right now, so you can work to change what will be true in the future.

Tips for Passing Through the Stages of Grief

According to Beattie, people pass through the stages of grief at different speeds and in different orders. People who are losing several things at once may experience several stages at the same time.

It is important to be kind to yourself, Beattie maintains, and to let yourself grieve for as long as you need. This doesn’t mean surrendering to a life of depression, it means acknowledging the feelings you would be having anyway and giving them an avenue of escape, rather than bottling them up until they explode.

Being kind to yourself doesn’t mean you have to let your grief dictate your behavior, either. Grief is not an excuse for lashing out at others, Beattie states. It is still your responsibility to control your actions.

Overcoming Codependency: The 5 Stages of Grief 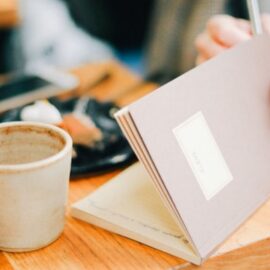 Tim Ferriss’s 17 Questions to Ask Yourself Every Day 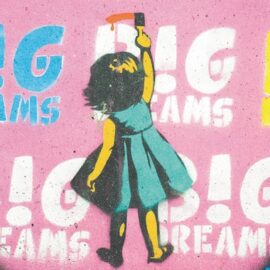