Are you looking for Codependent No More quotes from Melody Beattie? What are the best passages worth revisiting?

Continue reading for quotes from Codependent No More.

Codependent No More is a guide to reclaiming your life from codependency: a reaction to stress in which a person becomes obsessed with another and loses sight of themself. Codependents forget to take care of themselves in their attempts to manage other people’s lives, and they are often wracked by stress and guilt. Melody Beattie encourages readers to overcome codependency with powerful messages of finding yourself, recovering self-esteem, and living a life that is free and full of joy.

Below you can find our favorite Codependent No More quotes from Beattie.

“Many codependents, at some time in their lives, were true victims—of someone’s abuse, neglect, abandonment, alcoholism, or any number of situations that can victimize people. We were, at some time, truly helpless to protect ourselves or solve our problems. Something came our way, something we didn’t ask for, and it hurt us terribly. That is sad, truly sad. But an even sadder fact is that many of us codependents began to see ourselves as victims.”

According to Beattie, codependency was initially defined as having unhealthy coping mechanisms for dealing with a loved one’s alcoholism. This definition remained until experts discovered that codependent people act like alcoholics, as if the codependents themselves have an addiction. The definition then focused more on the codependent’s loss of control in their life, rather than on the family member’s problems.

As experts conducted more research, they expanded the definition to include conditions other than alcoholism and refined it to describe the cause of the unhealthy coping mechanisms codependents displayed. At this point, codependents were known as people whose lives were out of control because of relationships with needy or dependent people.

Beattie asserts that the final major shift in defining codependency came with the realization that some families displayed codependent behavior without an external problem to cause it. This led to the discovery that family dynamics themselves can cause codependency.

“The formula is simple: In any given situation, detach and ask, “’What do I need to do to take care of myself?’”

According to Beattie, an important part of self-care for codependents is detachment. Detachment means taking responsibility for yourself and letting others be responsible for themselves. (Shortform note: Beattie’s understanding of detachment is similar to the Buddhist belief of non-attachment. Non-attachment revolves around getting rid of unhealthy attachments: You can have nice things and relationships as long as you don’t let those things control you.)

According to Beattie, the most important way to detach and practice self-care is to ask yourself, “What do I need or want in this moment?” Once you know what you need or want, you can work to attain it yourself, ask others for help in attaining it, and prioritize yourself by saying “no” when you don’t have the time or resources to say “yes.” (Shortform note: Codependents think putting their needs and wants first or saying “no” to people is selfish or being a burden, but it’s not. Selfishness is taking things away from other people for yourself, and being a burden is making others provide for you, but self-care, including saying “no,” is providing for yourself.)

Beattie explains that codependents spend their time and energy trying to control people and their own life. This controlling behavior can either be blatant (“I’m in charge, and you’ll listen to me!”) or subtle, through manipulation (“I’ll come with you to see your friends—it’s been ages since I’ve had a night out”) or self-victimization (“I’m so pathetic, please help me”).

When you try to control everyone and everything around you, you’re really the one being controlled by others, Beattie adds. By investing all your energy into someone else’s actions, you give them the keys to your self-control and energy. (Shortform note: This can look like letting others project their opinions on you because you’re too nervous to express your own opinions, constantly asking for advice or approval, or not taking care of yourself. These situations invite someone else to take control of the situation, since you’re not doing so yourself.)

According to Beattie, low self-esteem makes many codependents believe they can’t take care of themselves. Regardless of their competence or level of responsibility, they worry that leaving their unhealthy relationship will make them helpless, so they attach to other people. This is a dangerous state to be in because the more desperately you need someone, the more willing you are to settle for unhealthy relationships. Desperation leads codependents into relationships, whether platonic, familial, or romantic, with people who will never meet their needs, which just makes them more desperate. 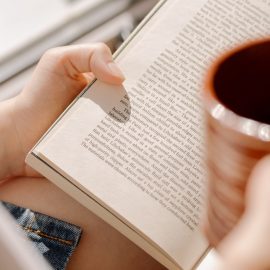 The Mountain Is You by Brianna Wiest: Book Overview