What was the association between Black Cube and Weinstein? What information were they collecting on Ronan Farrow?

Harvey Weinstein hired Black Cube, an Israeli surveillance agency, to spy on Ronan Farrow, a reporter who was digging into his sexual assault allegations. Black Cube was tasked with collecting information on Farrow’s sources—victims of Weinstein’s sexual abuse.

After the Weinstein story broke, Farrow also became aware of just how deep and extensive the surveillance effort against him and his sources had been. He began receiving cryptic emails from a burner email account called “Sleeper1973” (a winking reference to the 1973 Woody Allen film Sleeper). This source was actually a female Black Cube operative who was morally outraged by the work her firm had done to help Weinstein smear his accusers.

She revealed to Farrow the terms of the contract between the Israeli private investigative firm Black Cube and Weinstein. Black Cube had put its army of analysts, social media engineers, and double agents to work on behalf of Harvey Weinstein. The full range of Black Cube’s activities made it clear that the company flouted international privacy and data laws.

Sleeper1973 revealed the true identities of the double agents, like Diana Filip, who had targeted and infiltrated key Farrow sources, like Rose McGowan. Filip, who told McGowan she worked for a financial institution called Reuben Capital Partners, was actually a hired Black Cube double agent. Her real name was Stella Penn Pechanac, and she’d grown up in war-torn Bosnia during the Balkan conflict of the 1990s. After failing to make it as an actress, Pechanac was drawn to the world of espionage because it allowed her to dress up and assume a fake identity—as close to her dream of acting as she was going to get.

Beyond Black Cube, Weinstein had, in fact, hired multiple private investigative and surveillance agencies to harass and collect information on his accusers. After the story broke, these firms began leaking to Farrow about each other’s espionage activities, in an attempt to deflect public outcry onto their competitors. The leaks showed the extent of information Weinstein had on his victims: photos of himself and his accusers together in public after the alleged assaults (which, he believed, would disprove the notion that he had assaulted them); psychological dossiers on the women, including McGowan; and files on the sexual histories of his victims. This was all material that Weinstein believed he could use to smear and blackmail his accusers.

The Black Cube exposé itself led to another New Yorker piece for Farrow, in which he detailed how enmeshed Weinstein was in the shadowy world of private surveillance. Never before had the public see the extent to which wealthy private individuals could intimidate and surveil journalists.

The Weinstein smear campaign extended beyond the world of international spies to include good old-fashioned muckraking tabloid journalism, courtesy of his allies at the National Enquirer (whose parent company, AMl, had been doing “catch and kill” operations for years on behalf of Weinstein and Donald Trump). After Farrow’s New Yorker piece came out, the editor-in-chief of the Enquirer publicly vowed to his staff that he would “get” Farrow.

For a brief period in late 2017 and early 2018, Farrow was the scandal rag’s public enemy #1, with the Enquirer running cover stories about the journalist’s estranged uncle who’d been convicted of sex crimes—which, while true, had nothing to do with Farrow (it was also one of the absurd “discrediting” claims made against Farrow in the infamous letter from Weinstein’s counsel to The New Yorker). The Enquirer even surveilled Farrow’s fiancee, the former Obama and Hillary Clinton speechwriter Jon Lovett, in an effort to find dirt on the couple, although the contractor hired by the Enquirer ultimately gave up the effort upon discovering that Farrow and Lovett’s personal life was too mundane to provide adequate fodder for scandal. 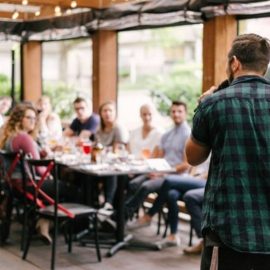 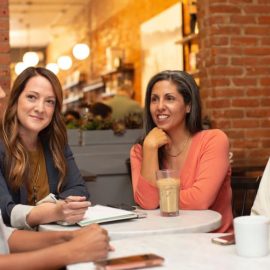 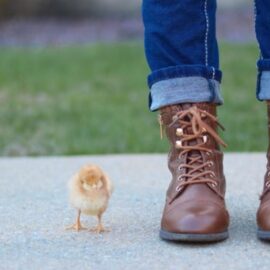 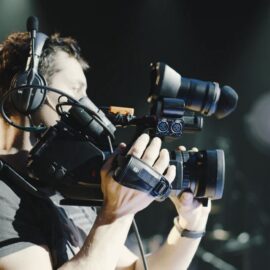