Investors have been following in the footsteps of business giant Warren Buffett for decades. But what makes Buffett’s company, Berkshire Hathaway history has been marked by constant success and growth. But what makes this happen?

Berkshire Hathaway is one of the most successful companies of the modern age, and Buffett is a top investor, adviser, and business leader. Find out Berkshire Hathaway’s history, how it became the company you know today, and how Buffett continues to pursue company growth and excellence.

What Is Berkshire Hathaway?

Over the yers of Berkshire Hathaway’s history, Buffett excelled in all manners of investments—in both public and private companies, with ownership of both minority and total stakes. He famously made use of insurance float to fund investments in higher-return companies, held a small basket of companies for very long periods of time, and acted aggressively when everyone else was ducking for fear. This proved to be an essential part of Berkshire Hathaway’s performance throughout the company’s history.

Born in 1930 in Omaha, Nebraska, Warren Buffett was the son of a stockbroker and the grandson of a grocery store owner. His early entrepreneurial activities included paper routes and reselling soft drinks.

When he was 19, he read The Intelligent Investor by Benjamin Graham, which converted him into value investing—buying companies that were cheap relative to their intrinsic value (which was based on the company’s balance sheet). He began investing the profits from his ventures, worth about $10,000 in today’s dollars.

When pursuing his MBA, he chose to go to Columbia, where Graham was a professor. After graduating, Buffett asked Graham for a job at his investment firm, but Graham declined. Buffett returned to Omaha to work as a stock broker, where he continued researching investments. Here he happened on GEICO, an insurance company that featured competitive advantages and a great value for the price. He invested most of his money in GEICO.

In 1954, Graham finally offered Buffett a job, and Buffett continued researching underpriced public companies, which were often cheap, low-quality companies (Buffett called them “cigar butts”). When Graham closed his firm in 1956 to focus on other interests, Buffett started his own fund in Omaha, raising $105,000 (a bit under $1 million today). Over the next decade, Buffett continued investing by Graham’s value philosophy, achieving an average 30% annual return even without using debt.

But in the mid-1960s, Buffett changed the course of Berkshire Hathaway history. Buffett began deviating from the value method, instead investing in high-quality companies that had a strong competitive profile and long-term prospects. His early investments in this style included Disney and American Express.

In 1965, Buffett purchased the textile company Berkshire Hathaway, a 100-year-old family business, through a hostile takeover. The company was only worth $18 million in enterprise value and was in a commodity business, but Buffett saw it as a platform to build his investments around. After installing a new CEO, who optimized operations, Berkshire Hathaway had $14 million of profit.

Buffett used this profit to buy National Indemnity, an insurance company that generated a large amount of float—the value of premiums received before they are paid out as claims. Insurance companies rely on investment returns from float to generate a profit; sometimes years can pass between when premiums are received and when they need to be paid out. In essence, Berkshire was able to receive cash at 3% and invest it at 13%. Buffett used this float to invest in businesses, sometimes buying them outright. His purchases included a newspaper in Omaha and a local bank in Illinois.

His investing style was further honed in the 1970s, as inflation was a common concern among investors. The typical thinking was that hard assets like gold were the best protection against inflation. Buffett saw differently, and developed key components of his investment thesis:

In short, where Benjamin Graham might have considered a company too expensive based on its book value, Buffett saw it could be cheap, because of the company’s long-term potential to consistently generate high returns on capital.

One example is illustrative—in 1972, Buffett purchased See’s Candies for $25 million, when it had $7 million in book value and $4.2 million in pretax profits. At 3 times book value, it would have been too expensive for Graham, but at 6 times pretax income and strong brand loyalty, it was a reasonable purchase. Over the decades, See’s Candies has not grown unit sales tremendously, but its strong brand allowed it to raise prices consistently. See’s earned a 32% annual return over 27 years and has provided $1.65 billion in cash flow for reinvestment.

Among its many investments in the decades since, Berkshire Hathaway is known for these highlights:

Berkshire Hathaway’s performance in the stock market is excellent, and it continues to be one of the most highly valued enterprises in the world. Having avoided stock splits in its history, Berkshire shares are now worth hundreds of thousands of dollars each.

Berkshire Hathaway’s history is made up of smart and swift acquisitions and an ability to adapt to changing business practices. Warren Buffett’s business strategies and advice are sought after by investors of all levels. This is no surprise based on the many successes and constant growth in Berkshire Hathaway history. 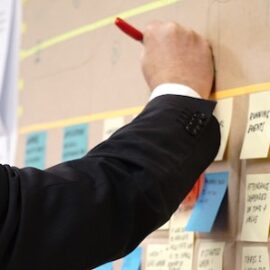