Decentralization is a business practice where executives develop a system to keep decision making limited to a few people. Typically, these businesses don’t have a headquarters with thousands of people in decision making roles, and instead limit decision making power.

Read about the advantages of decentralization, and how it worked for top companies.

What Is Decentralization, and Why Does it Work?

When discussing the advantages and disadvantages of decentralization, you first need to understand the As a baseline, businesses can deploy cash in five basic ways—invest in the existing business, acquire other businesses, pay dividends to shareholders, pay down debt, or buy back stock. They can also raise money by issuing debt or raising equity. These are all tools in capital allocation, and the specific usage of these tools determines a company’s performance.

How to decide between these options? Universally, outsider CEOs were rational—they calculated the return on each investment project, then made the most profitable choice. They ignored conventional wisdom and what their peers were doing. One of these methods was decentralization. The merits of decentralization and the advantages of decentralization were clear to the CEOs in their decision-making.

Capital Cities strongly believed that the best decisions were made at the local level, and believed in the advantages of decentralization. Headquarters gave responsibility and authority to individual publishers and station managers.

As a result, its headquarters was tiny. It saw its role purely as supporting the general managers. There were no vice presidents in functional areas like strategy or marketing and no PR department. This drastically reduced overhead, contributing to Capital Cities having the highest margins in the industry, in part due to their decentralization practices. These high margins help prove the advantages of decentralization.

In this environment, entrepreneurial general managers thrived. Managers were expected to deliver margins and to outperform their peers. If they met their numbers, they rarely heard from headquarters.

High-performing managers were trusted to take over a newly acquired business or to enter a new industry, even if the manager didn’t have prior experience in the industry.

Companies in the defense industry are often run by military veterans, so it’s no surprise that they tend to be hierarchical, centralized, and run from the top-down, just like the military. While there are many advantages and disadvantages of decentralization, Bill Anders proved the merits of decentralization in his success as CEO.

However, Anders and his two successors pushed continuously for the advantages of decentralization. They shrunk headquarters and middle management by over 75% and shifted responsibility downward to the business units. There was active dissuasion of headquarters meddling with operating divisions. As is typical in outsider CEO companies, if the division chiefs hit their budgets, they were left alone.

As part of its decentralization strategy, General Dynamics instituted bonus compensation based on long-term improvements in stock price. This was key to attracting capable talent to the company, and showed another one of the advantages of decentralization, even if it wasn’t a direct goal.

Despite Berkshire’s companies employing 270,000 people, its headquarters has only 23 people. For Warren Buffett, the advantages of decentralization are clear.

Warren Buffett is famously hands-off with his management of owned companies, believing this reduces overhead and encourages entrepreneurship. When he buys a company, he leaves the management team in place and rarely makes changes. Then Buffett doesn’t expect the CEO to call him unless Buffett can help. There are no regular budget meetings. As long as the company performs, Buffett leaves them alone.

This is a major part of Berkshire’s appeal when sellers consider being acquired by Berkshire—unlike a private equity buyer or larger company, Berkshire will allow management to continue running the business. This gives Berkshire an advantage in appealing to certain types of sellers. 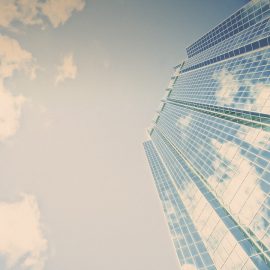 The Five Dysfunctions of a Team: Discussion Questions