Are we living in the matrix? Is reality an illusion? Is everything we experience a product of some sort of existential, or worse, technologically programmed simulation?

The idea that reality is an illusion is central to several worldviews (e.g. Buddhism and Hinduism). The concept of the matrix has also been explored in sci-fi movies such as The Matrix and The Truman Show, in which the main characters discover that their entire realities are programmed. Is it possible that we are indeed living in the matrix? And if so, how do we escape?

Keep reading for the answer to the question: are we living in the matrix?

Are We Living in the Matrix?

These sci-fi fiction movies reflect people’s fear of being trapped in a box—some form of a matrix of non-reality—and divorced from their real selves, authentic emotions, and genuine relationships. However, the truth is that you already are trapped in such a matrix: your mind. Your mind shapes how you interpret and experience everything.

People imagine authenticity as freedom from these boxes, but that doesn’t exist. There’s no way out of the boxes, because, at the innermost level, even your identity is an illusion formed by your brain’s wiring. Instead, authenticity exists inside the matrix. If you experience pain, it doesn’t matter if you cut off your finger or if you’re hooked up to wires simulating the feeling of chopping off a finger—pain is pain, and it feels real to you.

Your “Self” Is Complex

Some science fiction acknowledges this reality. One example is the 1931 book Brave New World, which imagines a reality in which a World Government uses social engineering and biotechnology to keep everyone perpetually content. When a lone detractor named John the Savage calls for the public to escape this controlling system, they have no motivation to do so. The World Government has created a sort of utopia—but John insists that there is something dystopian about its uniformity and sterility.

John the Savage is arrested for trying to incite rebellion, and he has a conversation with the World Controller, Mustapha Mond. John tells Mustapha that the World Government’s excessive control has eliminated truth, beauty, nobility, and heroism in order to make everyone happy; Mustapha replies that nobility and heroism are not needed if there is no war and tragedy. Finally, Mustapha tells John that if he wants the freedom to experience life’s highs and lows, he must claim the right to be unhappy, ill, old, anxious, and miserable. John claims all of these, and he goes off to live in isolation, beyond the control of the World Government. However, John is never able to fully escape the influence of the World Government, because people under their control hear about John and come to see him as an oddity. Eventually, John becomes tired of being a spectacle and hangs himself. The only way John was able to escape the World Government—the matrix, the box—was to escape his “self,” albeit by suicide. 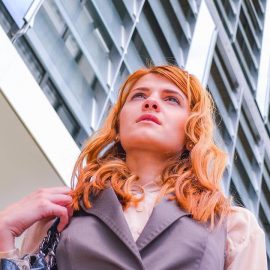 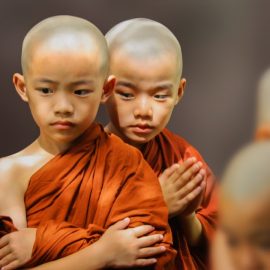 Algorithms to Live By: Review and Critical Reception 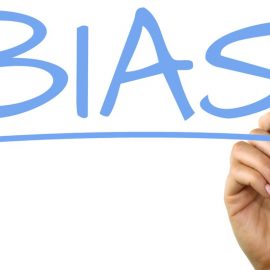 How to Overcome Confirmation Bias in Decision-Making