What’s Amartya Sen’s approach to development? Why does he believe an income-centered approach to poverty is harmful?

According to Sen, development is the process of expanding human freedom. A country’s growth and stability rely on the rights of its citizens and their well-being, rather than the wealth of its people.

Here’s more of Amartya Sen on development, described in his book Development as Freedom.

Amartya Sen on Development: His Philosophy

In redefining development as freedom, Amartya Sen takes a holistic view of poverty and characterizes it as impeding people’s ability to lead the lives they want.

Most definitions of poverty are based only on level of income. However, Amartya Sen’s approach to understanding poverty is more nuanced. Income alone does not tell the story of well-being, according to Amartya Sen. On development, Sen says the economy would flourish if more people had opportunities and freedom.

Sen contends that poverty is harmful and unjust because it deprives people of the ability to lead the lives they want, and development is valuable because it allows people to improve their lives as they see fit.

According to Amartya Sen, development is the process of expanding the freedoms that people can exercise.

In contrast, most modern economic literature takes the “income-centered approach” to poverty and economic development. Most analyses by economists and policymakers view per-capita income and GDP growth as the keys to prosperity. However, Sen argues this approach is actually a deviation from the emphasis early economists put on a more holistic approach to development.

Aristotle stated that wealth is only valuable insofar as it could be used to achieve other objectives, such as “capacity” and “flourishing.” Adam Smith, considered the founder of economics, often prioritized living conditions rather than mere income. The pioneering work of economists and mathematicians like Sir William Petty and Joseph-Louis Lagrange paid similar attention to what could be achieved with income.

In line with this classical view, Sen makes both a philosophical and empirical case for why poverty and development ought to be considered through a freedom-focused approach.

Now that we’ve established the basis for redefining poverty as deprivation of opportunities and development as freedom, we’ll examine what specifically Amartya Sen means when he refers to freedom. Amartya Sen’s is a more expansive view of freedom than traditional definitions, including both negative rights (such as freedom from coercion) and positive rights (such as the right to education and health care).

Amartya Sen argues that these freedoms are both the primary purpose of development, as well as the most effective means of development. Sen cites five types of freedoms that advance a person’s potential:

The Problem With Focusing on Income

Sen contends that focusing on income to assess development doesn’t fully reflect people’s welfare or well-being and that consideration of freedom provides a more well-rounded picture.

Sen views income-centered development as inadequate because it overlooks aspects of welfare that people value. Here are three oversights of the income approach:

The Role of the Market in Development

Markets are integral to Amartya Sen’s theory of development because they afford basic freedoms and spur economic growth. Sen argues that markets have both intrinsic and instrumental value, but also shortcomings. He explores both benefits and flaws in this chapter.

Sen identifies two reasons why free markets are integral to his view of development:

Nonetheless, Sen takes care to enter into his calculus the aspects of free markets, such as income and gender inequality, that may contribute to the systematic exclusion of some marginalized groups. He also favors government intervention like social support and regulation when they can improve overall welfare.

Amartya Sen on Development: The Value of Freedom 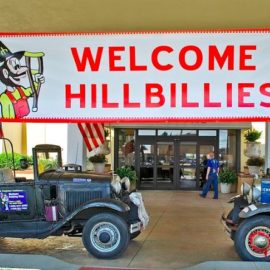