What is Korsakov’s Syndrome? What are the symptoms? How did this alcohol-related brain damage change Mr. Thompson’s life in The Man Who Mistook His Wife for a Hat?

Korsakov’s Syndrome is caused by alcohol-related brain damage. It can present in many different ways, but this article will focus on the extraordinary case of Mr. Thompson: the man with the ever-changing personae.

Here is the story of Mr. Thompson as told by his psychologist, Oliver Sacks.

In his psychology work, Oliver Sacks encountered a patient named Mr. Thompson, who, like Jimmie G., suffered from Korsakov’s syndrome—alcohol-related brain damage. But the manifestation of his disorder was of an entirely different character than that of Jimmie G’s. Although Jimmie G was frozen at a moment in time, he retained a hold on the person he once was. Jimmie had a consistent life narrative, albeit one that was totally at odds with the lived reality of his present.

In contrast, Mr. Thompson’s retrograde amnesia caused him to constantly adopt new personae for himself, refashioning his world in an ever-changing drama with a revolving cast of characters. One minute, he might believe that he was a deli owner, addressing Sacks as if he was one of his customers. Another time, he might be a reverend. All the while, Thompson would regale those he encountered with fantastic anecdotes. He gave the outward appearance of being a funny, charming, and ebullient man.

Reinvention of the Self

But Mr. Thompson was suffering from the devastation of his short-term memory, using his powerful imagination to reinvent the world around him. He displayed a superabundance of energy, gregariously spinning new yarns to anyone he encountered.  In fact, he seemed to be constantly talking and narrating. He was weaving a dense web of fantasy and illusion around himself. As we’ve seen with other neurological disorders, this was the way Mr. Thompson’s mind imposed rationality on an entirely irrational state.

It kept his sense of self intact, even if it was constantly being torn down and rebuilt—for indeed, Thompson had no awareness of the condition he was in. The fantasy and reinvention helped him make sense of the world surrounding him, providing him with what felt like stability and normalcy, when his reality had gone utterly to pieces.

Mr. Thompson’s gregarious storytelling was a way of creating a new world to replace what was lost, a constant creation and re-creation of a new self. And the fantasies worked—Mr. Thompson could never be convinced that anything at all was wrong with him. Poignantly, his condition speaks to the human necessity for an inner narrative, a knowledge of who we are and how we got to be that way—even in a man who had no short-term memory or point of self-reference.

The World as Unreality

Mr. Thompson was in a state of perpetual bewilderment, needing to fix the gaps in his memory all the time through endless reimagination. It was an exhilarating, but terrible existence. His world and his being were consumed by unreality. Even when he could identify real figures, like his younger brother Bob, he could not extricate them from fantasy. Mr. Thompson merely incorporated Bob into the neverending confabulations, scarcely treating him as a real person, but instead relegating him to become just another character in the fantasy where he permanently resided.

Unlike his fellow Korsakov’s sufferer Jimmie, Thompson was unable to have genuine emotional relations or be moved by music or spirituality. The nuns at the home where he lived acknowledged that while he may have had an immortal soul in the eyes of God, he did not have a soul in the way that we might typically think of one—a capacity for feeling and experience. The thick veneer of fantasy prevented him from ever engaging with the real world.

Sacks and the other doctors believed that if they could get Mr. Thompson to quiet down, to tame his boundless energy for story and self-reinvention, he might find some inner safe harbor. The only way he could quiet the fantasies was when he was divorced from people altogether. In the garden, among the plants and flowers, Thompson had less need to invent new realities. There, he could be at peace, alone with whatever his thoughts may have been, free from the human pressure to weave a new self-narrative. 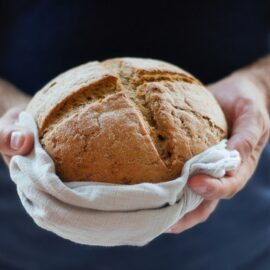 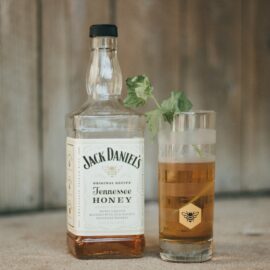 The Solution to Alcoholism: The 5 Facets of Sobriety 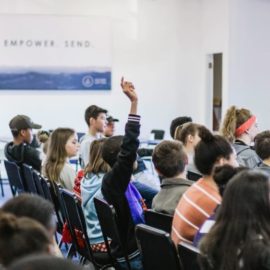