What does achieving financial independence mean? And what steps can you take?

You might have the goal of achieving financial independence, which is to no longer be dependent on your wages. Ideally, you can live forever off of the extra income your money generates – you make more money doing nothing than you consume.

The basic steps to financial independence are:

Even if your goal isn’t achieving financial independence, these are still good principles of how to get the best return for your money.

So it’s that simple. But simple doesn’t mean easy. The major blocks are:

The rest of this Rich Dad, Poor Dad summary covers both obstacles.

Lesson 1: The Rich Don’t Work For Money – Money Works for Them

With the narrative over, the rest of the book covers Robert Kiyosaki’s major lessons from Rich Dad.

Most people work 40+ hours a week to earn salaries. Many then take their earnings to 1) buy stuff they think will make them happy (but this is short-lived), 2) save the remainder in a conservative way.

While this ensures some degree of stability, it doesn’t make you rich. And working to earn a pension makes you financially dependent – let alone the risk that pensions won’t be funded decades from now, when you need it.

The counter-intuitive lesson here is this: the rich don’t get rich merely by being paid higher salaries (though this is a great help). They get rich so by owning things. No one on the Forbes billionaire list got there purely with a salary.

(As tech investor Sam Altman says, “You get truly rich by owning things that increase rapidly in value. This can be a piece of a business, real estate, natural resource, intellectual property, or other similar things. But somehow or other, you need to own equity in something, instead of just selling your time. Time only scales linearly.”)

When you work for an employer, you get paid only a fraction of the value that you generate for the employer (otherwise, if the business would go bankrupt). Say your salary is $50k a year. Your work may allow your employer to earn $100k in sales that year, yielding a clean profit after deducting your salary. This is a barrier to learning how to achieve financial independence.

The key to how to achieve financial independence is having money that makes more money. You want your money to make enough money that you don’t have to work anymore.

Though it may seem counter intuitive, one of the steps to financial independence is working for no pay. Rich Dad’s next order is for the author and Mike to go back working, but now with zero pay. When Kiyosaki complains, Rich Dad challenges him: we can go back to our original deal of 10 cents, or you can do what most people do – complain there isn’t enough pay, and go looking for another job. When Kiyosaki is confused, Rich Dad advises him to use his head.

The point of the lesson: most people run endlessly in a loop between fear and greed. Achieving financial independence doesn’t have to be driven by greed.

Rich Dad leaves with this advice: “The sooner you stop thinking you need a paycheck, the easier your adult life will be. Keep learning, keep using your brain, keep working for free, and your mind will make you more money far beyond what I could afford to pay you. You will see opportunities right under your nose that other people choose not to see. They’re blind to these opportunities because they look anxiously for money and security.” This is on of the important steps to financial independence.

After three months, bullies break into the room, and Rich Dad suggests they shut down the business. But the lesson was learned: by not being paid, they were forced to find opportunities to make money. They avoided being distracted by the short-term carrot, and learned how to achieve financial independence.

4HB: The Experimental Lifestyle for a Better Body

How to Live Off Investments (and Not Run Out of Money) 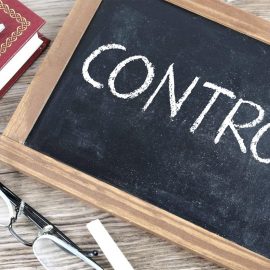 Master the Use of Technology to Manage Your Time