Why do humans have teeth? How did our teeth develop, and why do we need them?

So why do humans have teeth? Keep reading to find out.

Why Do Humans Have Teeth?

Like bones, our teeth also connect us to other living things, past and present, and are thus important to understanding our bodies. This chapter examines how our teeth trace back to early creatures in two ways:

1) Our mix of different types of teeth that fit together (occlude), giving us the ability to efficiently eat a wide variety of things, comes to us courtesy of a tiny 200-million-year-old mouse-like creature.

2) Further, the unique material contained in our teeth, bones, and other tissues—hydroxyapatite—can be traced to fish.

Humans and other animals also benefit in other ways from the biological process that originally developed teeth. It was modified over time for making different kinds of skin structures—scales, feathers, skin, and mammary glands. So why do humans have teeth? What does it mean that they do?

Why do humans have teeth? Teeth aren’t very exciting and don’t get much attention in anatomy classes, but they tell scientists a lot about animal lifestyles and diets dating back to the earliest fossils. Because they’re so hard, teeth are often the best-preserved animal part revealed in fossils.

Reflecting our omnivorous diet, humans have a mix of incisors for cutting meat and molars and premolars for chewing meat and plant material. In addition, our upper and lower teeth fit together to chew efficiently.

In contrast, reptiles’ teeth are all the same—for instance, all of a crocodile’s teeth are shaped similarly, although some are larger; they’re replaced regularly as they wear down. They also don’t fit together as mammals’ teeth do. Mammals are distinctive in having several different kinds of teeth, which are replaced only once.

Mammals’ system of precise chewing first shows up in fossils of a mouse-sized rodent between 195 million and 225 million years old. Shubin and colleagues found fossils of the early mammal, a tritheledont, in cliffs along the coast of Nova Scotia. It previously had been found only in Africa. The tiny animal had incisors, canines, and molars and its teeth occluded, indicating it could chew like a mammal, although the incisors rubbed together like scissors rather than fitting precisely as in later mammals. The tritheledont also had other mammalian features in its lower jaw and skull.

After finding the tritheledont (an intermediate mammal), researchers found various new mammal species with new kinds of occluding teeth suited to new diets. But the tritheledont paved the way for diverse eaters, including us. This helps answer the question “why do humans have teeth?”

The Origins of Teeth

The most unique feature of teeth is that they’re harder than other body parts because they have a crystal molecule called hydroxyapatite, particularly in the enamel. The same molecule appears in lesser concentrations in other parts of the teeth, bones, and other tissues.

Our hydroxyapatite-containing tissues contribute to our ability to eat, breathe, move, and metabolize minerals. The substance—which we share with fish, reptiles, birds, amphibians, and mammals—traces back to a common ancestor.

The first teeth, 250 million to 500 million years old, were found in the 1830s and belonged to jawless fish or lamprey-like creatures. However, scientists found the teeth before they found the fish the teeth belonged to. The teeth were so ubiquitous—they showed up on every continent— that scientists initially thought they were separate creatures, which they called conodonts. However, 150 years later, researchers discovered fossils of a fish with conodonts arranged as teeth.

The primitive fish probably developed teeth so it could consume other creatures with hard exoskeletons. As more creatures developed teeth with hydroxyapatite, other fish used the development mechanism to make bone-like material to serve as armor against predators.

Fish called ostracoderms had a shield of bone protecting their head, which was composed of the pulp-enamel tissue that human teeth are made of and helps answer the question “why do humans have teeth?”

While teeth provided new ways of eating and new diets, they’re also important because as animals evolved, the process for making teeth was adapted to create other body features. To make teeth, two layers of tissue interact—the layers fold and the outer layer becomes enamel and the inner layer becomes dentine and pulp.

The same two-layer process is also the mechanism for developing other structures within skin, such as hair, fur, scales, feathers, and mammary glands. The key is that in all cases, two layers of tissue fold and both layers secrete proteins that build the organ. It’s like a factory assembly-line process that can be repurposed to produce different things. 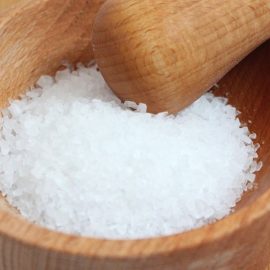 The Importance of Salt for Human Survival 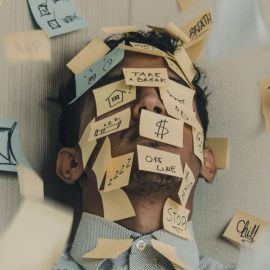 The Cycle of Workplace Depression and Distraction