What is hedonic adaptation? Why do things that once excited you become more disappointing each time you do them? Can this tendency be overcome?

Hedonic adaptation is when you really enjoy something the first time you experience it, but the more you get used to it, the less pleasurable it becomes. This tendency is impossible to outrun, but it is possible to learn to live with it.

Learn more about hedonic adaptation below.

What is hedonic adaptation? In his book The Paradox of Choice, Barry Schwartz asserts that even when we make good choices, we often end up disappointed in the long run because of adaptation: When we get used to things, they lose their novelty and we begin to take them for granted.

Adapting to the things that give us pleasure is called hedonic adaptation. Hedonic adaptation can occur as a natural response over time, or in response to a changed reference point. For instance, if you eat a slice of the best chocolate cake you’ve ever had, other chocolate cakes will start to pale in comparison. Because you’ve had a highly pleasurable experience (your new reference point), you’ve unconsciously set your standards higher.

When hedonic adaptation sets in, pleasure is replaced by comfort. Of course, comfort isn’t a bad thing, but when we want to feel pleasure, comfort seems insufficient. For example, if you eat that same chocolate cake again once a week for months, it’ll eventually feel less exceptional than it did at first, becoming more of a regular comfort than a special pleasure.

Schwartz explains that we tend not to expect hedonic adaptation. When we make a choice expecting excitement and pleasure, we don’t realize that pleasure will decline as we get used to it. For example, imagine buying a new pair of shoes you’ve been eyeing for months. You’ll be excited at first, but after a few weeks, the novelty will wear off and you’ll be used to wearing them. We repeat this pattern every time we make a new and exciting purchase, even though we’ve experienced hedonic adaptation before.

Those who realize the impact hedonic adaptation has on their lives usually learn to live with it—they realize that making purchases or pursuing novel experiences all the time can have diminishing returns. However, others attempt to outrun hedonic adaptation, constantly accumulating new commodities to keep experiencing pleasure.

Schwartz contends that this is an ineffective strategy. Nobody can achieve pleasure all the time through buying exciting new things, and those who seek this strategy end up stuck on a “hedonic treadmill”: constantly pursuing novelty without sustaining it once reached.

Schwartz argues that expanded choice makes our relationship to adaptation more difficult, because we have more opportunities to be disappointed by our choices. Our decisions are also more difficult and time-consuming when we have more options to choose from, meaning that our disappointment can be heightened when we don’t feel as good about a choice as we’d expect. If we spend a lot of time on a choice, we hope it will be satisfying, so it can feel depleting when we lose pleasure we received from a difficult choice.

What to Do About Adaptation

While adaptation can cause challenges, particularly when making decisions about our futures, Schwartz says we can integrate it into our lives by being aware of it. Adaptation can be important when we’re in difficult circumstances, but it can cause unnecessary emotional distress when our circumstances are largely positive. For example, if you move to a new city, you might be excited at first but eventually get used to your new surroundings and second-guess your decision. Even if that city’s the best place for you to live, hedonic adaptation might cause you to feel dissatisfied with it.

Schwartz advises that being aware of the effects of adaptation can lessen its negative effects. When we remind ourselves of the impact of adaptation on our lives, we can work around it and make more informed decisions, knowing we’re likely to adjust to the outcomes. To use the city example again, you could remind yourself that adjusting to a new environment is normal, and growing pains aren’t a sign that you’ve made the wrong choice.

What Is Hedonic Adaptation? Understand & Overcome It

What Kinds of Intelligence and Genius Do You Have? 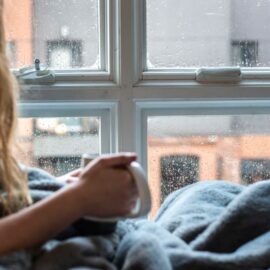