What is the NSA? What does the NSA do? Are they spying on you? Who works for the NSA?

The NSA is the National Security Agency. It is an intelligence agency that uses mass surveillance as well as other intelligence gathering techniques.

What does the NSA do? Find out more here.

What Does the NSA Do For Counterintelligence?

The NSA keeps an eye on the people who have worked for it via counterintelligence programs such as logs (keeping track of what’s done on a computer) and single-user documents (marking files with an invisible tag to indicate their source).

The FBI handles crime in the intelligence community. Most of the time, the FBI arrests people on their way home from work as they’re trying to smuggle out documents. Additionally, the FBI wires people’s houses when it suspects them.

Ed’s first job as a technologist was for a company called COMSO that contracted services to the CIA. (Intelligence agencies rely so heavily on contracting that it’s easier to work for them as a contractor than as an employee.)

Ed spent the next few years working at a variety of positions for the CIA and NSA in the US, Geneva, and Tokyo. Because Ed worked with computer systems, he had top secret security clearance and access to more documents than most individuals would, even those higher up in the agency.

Ed took a new job in Japan in 2009. He went back to being a contractor (for Perot Systems, which was acquired by Dell) and worked for the NSA. What does the NSA do in Japan? Initially, Edward Snowden’s job was to connect the CIA and NSA’s infrastructure so they could share data.

One of the problems the NSA faced in Japan was how to back up data. Ed was assigned to solving this problem. He was to build a storage and backup system that was automatic and constantly updated.

The project was hard for several reasons, the main one being duplicated data. The NSA had tons of computers, many of which had the same files on them. What does the NSA do with all this data? Sending a hundred copies of the same file to NSA headquarters was a waste of bandwidth and storage space. Ed built a solution to this problem.

What does the NSA do with this solution? Ed’s system was for deduplication. It compared files on all NSA computers. If, and only if, a file on a local computer didn’t already exist at headquarters, the system would send it to headquarters to be backed up. This cut down on the number of files that needed to be sent, saving bandwidth.

In the 2000s, much of the government’s work was done by contractors, including intelligence work. Contractors had a different attitude towards the government than the civil servants of yore—the government was simply a client that paid well, not something to feel patriotic about.

What does the NSA do with government contractors? Many people believe that the government uses contractors for nefarious ends—contractors do the dirty work and the government never needs to learn the details. However, it’s more likely that the intelligence community employs contractors because it allows them to get around caps on hiring. Contractors aren’t included in hiring caps, so agencies can hire as many as they want and can afford.

However, there are also some disadvantages:

Popularity 101: How to Be Liked by Everyone 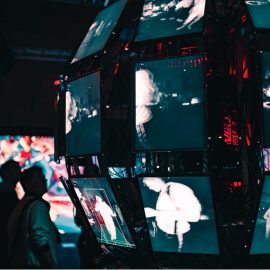