How do you respond to expectations? Do you fulfill them, or resist them?

Gretchen Rubin developed The Four Tendencies, a simple yet powerful personality test based on expectations. The Four Tendencies are the Upholders, Questioners, Obligers, and Rebels. Discovering which tendency you are can help you decide which career is right for you, how to better understand and interact with others, and to discover your personal strengths and weaknesses.

Continue below to learn more about the four tendencies.

How Rubin Created the Four Tendencies

Gretchen Rubin is a writer interested in human nature and patterns in human behavior, what actions we take and why we take them. Over lunch one day, a friend of hers was complaining that she wanted to keep up her running habit, but she was finding it difficult to maintain. She used to be on the track team in high school, and had no problem running then. But now, as an adult, she couldn’t make herself go running.

Why did this happen? This conversation stuck in Rubin’s head, and the more Rubin thought about it, the more she begin to suspect that a bunch of habits people do or don’t have — being able to run without a coach, or needing a trainer to get anything done at the gym; happily taking responsibility at work, or bucking under authority — came down to a simple “bedrock distinction” that set people apart.

From this conversation, Rubin eventually designed a simple personality test based on one question: how do you respond to expectations? From people’s answers to questions around this subject, she devised the Four Tendencies.

What Are the Four Tendencies?

Expectations are things we act on, or not. An example of an internal expectation would be, “I want to be a famous writer!” or “I need to clean my room.” External expectations would be more like, “My boss really needs this report by Friday,” or “My mother wants me to dress more modestly.”

So what are the Four Tendencies? There are 4 ways people meet expectations, and this determines their “tendency”: there are Upholders, Questioners, Obligers, and Rebels. The way each tendency generally responds to internal and external expectations is:

Rubin also compares each of the four tendencies to a traffic light color:

From Rubin’s research, the US population roughly breaks down like so along the four tendencies:

There’ll be a quiz to determine your tendency at the end of this chapter, but you can start to think about what type you are with this example question: how do you feel about New Year’s resolutions?

What to Do With the Four Tendencies

Should which of the four tendencies you have determine your career? Not necessarily. Any tendency can thrive in most any career, if they recognize their strengths and weaknesses in that role and adapt accordingly. For instance, people might assume that Rebels would make the best artists — but an Upholder might actually perform better, fulfilling their own expectations with their art, but becoming successful because they can navigate other people’s expectations for them.

What Makes Someone Great? According to Tim Grover 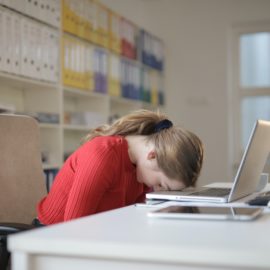 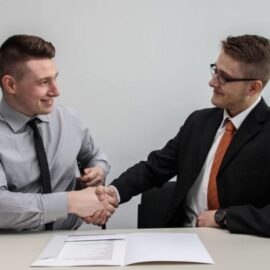