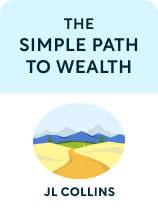 How do rich people view money? What role does mindset play in wealth building?

Here is why you should rethink your idea of money if your goal is to build wealth.

Do You Want to Retire as a Millionaire?

Most people don’t start their working life thinking they will retire as a millionaire, or thinking about becoming financially independent so they can quit work as soon as possible. However, any middle-class wage earner is capable of reaching one or both of these goals by accumulating wealth over time through compounding.

With compounding, the money you invest earns interest, and you add the interest to the original sum, making it larger so it earns even more interest. With compounding, a relatively small amount of money invested in stocks grows significantly.

This would have happened despite the market ups and downs over that 40-year period, including the 2008 financial crisis.

In terms of achieving financial independence (the point where you can live on 4% a year of your investments):

How to Think About Spending

Many people can’t build wealth because they live a high-consumption lifestyle relative to their income—they spend whatever they make and therefore have no money to save and invest.

Even high-income people have trouble making ends meet or they go broke by overspending. For example, boxer Mike Tyson ended up bankrupt in 2003 despite earning over $300 million—he blew it on fleets of luxury vehicles, Siberian tigers, a 21-bedroom mansion, an entourage of hangers-on, and more.

This is how most people think about money—in terms of what it can buy. That’s also why many lottery winners end up broke within a few years. But if your goal is to build wealth, you must adopt the wealth mentality and view money as a tool for earning, rather than a means for spending.

Even if you overspent in the past, it’s never too late to start thinking differently about money and how to use it. Remember the “simple path” formula: spend less than you make, invest the extra, and stay out of debt—and you can “buy” your financial independence.

Collins doesn’t argue that you should never spend money, just that you should understand all the implications when you do—including the opportunity cost, which is what you give up when you choose one thing over another.

For example, if you spend $20,000 cash for a car, your opportunity cost—what you give up by choosing to spend $20,000—is the interest or dividends the money could have earned had you invested it. If you invested $20,000 in Vanguard’s VTSAX index fund (more on this fund later), it would earn $1,600 a year or about 8%. That’s your opportunity cost for the first year; over 10 years, because of compounding, you’d miss out on earnings of $16,000 (the amount would have been higher had you reinvested your earnings each year).

Similarly, if you take out a car loan and have to make payments for five years, the opportunity cost is not having that money available to invest monthly and build wealth.

However, once you become financially independent, compounding keeps your nest egg growing while you withdraw 4% a year to spend—so spending has little opportunity cost.

Like what you just read? Read the rest of the world's best book summary and analysis of JL Collins's "The Simple Path to Wealth" at Shortform .

Here's what you'll find in our full The Simple Path to Wealth summary :

How to Develop a Positive Mindset: Think & Be Happy 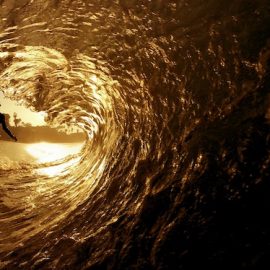 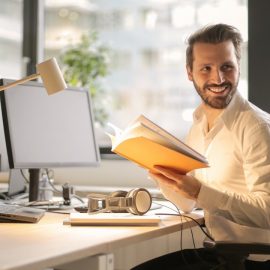 How to Find Your Niche in Life