A prodigious wealth accumulator prioritizes wealth-building investments, minimizes taxable income, and controls household spending to accumulate wealth. You can become an excellent wealth accumulator by changing the way you spend and manage your money.

Discover the three major traits of wealth accumulators below.

High-income under-accumulators—many busy doctors are a prime example—feel they don’t have adequate time to plan their financial future. Compared to millionaires, they spend half as much time—4.6 hours a month—on financial planning.

Of course, simply increasing the amount of time you spend planning doesn’t automatically translate into building wealth. You need to focus on the right kind of investments, educate yourself, get quality financial advice, and follow that advice.

A prodigious wealth accumulator is more likely to invest in assets that appreciate in value without producing taxable income, such as 401(k)s and IRAs. Also, they have more of their wealth invested in businesses, real estate, stocks, and other tax-deferred assets.

One important way the wealthy benefit from spending less and investing more is that this lowers their taxable income. Indeed, a rule that millionaires live by is that to build wealth, you need to minimize your taxable (realized) income and maximize your nontaxable income (assets that grow without generating taxable income).

Paying income tax is the biggest expenditure for many households. High-income spenders pay the most in taxes because they focus on increasing their earned (taxable) income to support a consumption-oriented lifestyle. They can’t accumulate wealth because their taxable income is too high. In contrast, the typical millionaire may be cash poor due to investing 20% of her annual income in financial assets that appreciate without generating taxable income.

Yet there are prodigious accumulators worth $2-3 million, who have annual realized incomes of $80,000; they’re living on 6.7% of their wealth.

Remember that every dollar you spend is taxed. For example, you need $100,000 to buy a $68,000 boat, which is why few millionaires buy boats—they prefer to invest their money rather than allowing it to be taxed. They forgo spending to build wealth and ultimately achieve financial independence.

Along with minimizing taxable income, many millionaires avoid buying expensive homes. A sensible rule for everyone is don’t assume a mortgage that’s more than twice your annual realized income. Living in a less expensive home enables you to spend less of your income and invest more to build wealth and minimize taxes.

As previously noted, controlling your household spending and lifestyle is critical to having enough money and time to invest wisely. In prodigious accumulator households, all members follow a frugal lifestyle and budget.

Under-accumulators not only fail to control their own spending—they don’t control spending by other members of their household either. The adults also spend independently of each other, so that neither knows the total being spent.

Further, high-income under-accumulators children tend to emulate them. The children become addicted to overspending, and to maintain their lifestyle in adulthood, their parents often continue to support them. The adult children are unlikely to become self-sufficient because they’ve never learned to live within their means. In addition, supporting adult children makes it even more difficult for under-accumulator parents to build wealth for their own future.

Sometimes, high-income under-accumulators turn to CPAs or other professional planners to help them save money to invest. Their CPAs put them on a budget, but like people who suddenly go on a diet, their willpower soon fails and they resume their high-consumption lifestyle. 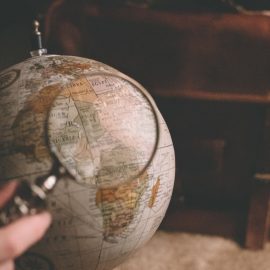 The 2 Disadvantages of Landlocked Countries 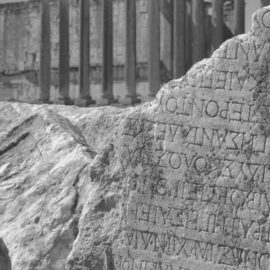