Continue reading to find out more about The World Memory Championships.

Josh convinced Discover magazine to send him to the World Memory Championship in Oxford, England. Josh stayed with Ed and his family, who would have preferred if Ed had become a lawyer instead of a mnemonist. Ed took a leave of absence from grad school, and his plans to start the Oxford Mind Academy with Lukas had temporarily fallen through, as Lukas had injured himself in a fire-breathing accident.

The World Memory Championship takes place over three days, and there are ten events, including memorizing lists of words, numbers, decks of cards, dates, faces, and names. Some of the events have a time component—how much can competitors memorize in five minutes or an hour?

Everyone dreads the poem-memorizing event, in which you have to memorize—down to the punctuation and capitalization—as many lines of an unpublished poem as possible in fifteen minutes. Then, you have half an hour to write down what you’ve memorized. People had lobbied to get rid of this event, but historically, poetry was viewed as humanizing and creative, and the art of memorization started with poetry. Ted Hughes wrote the poem for the competition for many years, but Buzan took over after Hughes’s death.

The international competitors were much more serious than those at the US championship. The US competitors talked to each other before events, while the Europeans ignored each other or juggled to warm up their minds. The World Championship records were also far more impressive than the US ones. Americans are like the Jamaican bobsled team of the memory community—friendly and cheerful, but lagging behind in terms of practice and technique.

Because Josh had won the national championship and was officially a memory champ, he would act as the US representative at the World Memory Championship. At worlds, he’d be competing against Ed, Ben, and Gunther.

Josh knew he was out of his league. He had hoped to finish in the top ten and become a grand master of memory, but he finished 13th and missed the grandmaster standard in a few events. His top event was names and faces, in which he came third. He expected he did so well because the names were ethnically diverse, and coming from the US, he was used to non-European names.

After the World Memory Championships, Ed invited Josh to join the KL7. The initiation includes:

The first time Josh tried, he forgot the 48th digit. The second time, he got through the initiation and was inducted.

Josh Foer was a US memory champ, but thought he could further improve at the memory arts if he put more time into them, but he ultimately decided to stop competing. A fellow competitor acknowledged that Josh could probably find better ways to spend his time than training intensely for another year.

Josh never got rid of his notebook or Dictaphone, and he only memorizes things if he doesn’t have a phone or pen handy. The memory techniques worked for him, but he found they weren’t very necessary in his day-to-day life in the modern world.

Josh found that the most valuable thing he learned about memory is that it shapes our characters—we see the world and interact with it based on what and how we remember. Memory is about finding connections between things, creating new ideas, and being mindful—you can only remember things you were paying attention to in the first place. External memories can keep track of schedules or groceries, but they don’t make creative connections the way people’s memories do. An external memory doesn’t create art or jokes. Our internal memories are at the core of what makes us human.

The World Memory Championships helped prove that anyone could train themselves to use memory techniques. As a memory champ, Joshua Foer decided to move on. 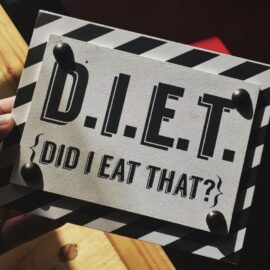