What are the major The Tattooist of Auschwitz themes? How does Heather Morris explore these themes in her book?

The most prevalent The Tattooist of Auschwitz themes are survival, love, and faith. Morris explores these themes as she shares the story inspired by Lale Sokolov’s life.

Continue on to learn about the The Tattooist of Auschwitz themes.

3 Major The Tattooist of Auschwitz Themes

The story of The Tattooist of Auschwitz is based on the accounts of the real-life survivor, Lali Sokolov, as told to the author 70 years after the events. The author has stated that 95% of the story is based on Lali’s retelling and the rest imagined as creative license. However, certain historical organizations have reported that many of the events described in the novel are inaccurate or outright impossible. Therefore, this story should be viewed as a dramatized account of the characters’ lives based more on memory than factual data and not be taken as a true historical account of what life at Auschwitz was like for the thousands of prisoners held there.

Below are the top three The Tattooist of Auschwitz themes.

The first The Tattooist of Auschwitz theme is survival and it begins as soon as Lale arrives in Auschwitz. In the flurry of barking dogs and screaming SS officials, Lale witnesses other men gunned down for no reason. He begins to realize he will never see his possessions again. He also realizes he may never see the outside world again. Lale makes a promise to survive however he can and one day walk away a free man.

Soon after arriving, Lale gets sick and can’t get out of bed. He is hot with fever and passes out. When he finally regains consciousness, he feels someone feeding him water and cooling his forehead with a rag. The person is an old man, who looks down at Lale compassionately. Lale is disoriented but tries to sit up. The old man helps him outside and finds a place for them to rest.

The old man introduces himself as Pepan. He is the Tätowierer—the tattooist. Lale bristles when he realizes this is the man that marked him the first day, but he knows the man had no choice. Pepan is French. He was an economics professor captured for his anti-German political beliefs. He says Lale was sick with typhus for seven days. Everyone thought he was a goner.

Lale doesn’t understand how he survived. Pepan explains that the SS had found him collapsed in the yard and added his body to the truck of bodies hauled out each day. A young man tried to convince the officers that Lale wasn’t dead, but they wouldn’t listen. So when the officers weren’t looking, the young man pulled Lale from the truck and took him to Block 7. Pepan was passing by and helped the man pull Lale inside.

Later that night, Lale learns that the men in his block, along with Pepan, shared their rations with him, forcing food and water down his throat. They changed his soiled clothes, exchanging them with the clothes of men who’d died.

Later in the story, Lale is sent to work hard labor. He and other men are forced to carry heavy boulders back and forth across an open field. The last man to cross the line is shot. Lale is weak from the beatings and knows he won’t survive. He asks his friendly SS officer to tell Gita and Cilka where he is. Cilka convinces her abuser to help Lale, and the next day, Lale is back in his old room and given his old job back.

Gita also fights for survival when the women are taken away after the fall of Auschwitz. The women make it to a train station, where several cattle wagons wait to be loaded. Across the field is an old farmhouse, and the girls decide to make a run for it, and Gita joins them. The guards are so busy herding the women onto the train that they don’t notice Gita and the girls running off across the field. The door to the farmhouse opens as they approach, and suddenly they are on the floor in front of a fire.

The group of girls spend weeks hiding in different houses and hitching rides until Gita finally makes it back to her home country of Bratislava.

The biggest of The Tattooist of Auschwitz themes is love. Despite this being a book about the Holocaust, the story focuses on the love story between Lale and Gita.

Lale first meets Gita when she first arrives in Auschwitz. He keeps his eyes focused on the slip of paper, not the girl handing it to him. In his most gentle way, he holds her arm and punctures her skin over and over with his needle. Blood spills out, but he has to go deeper. She doesn’t protest, as she knows better than to do.

Someone tells him to hurry up. He’s being too delicate with this girl. He doesn’t like to tattoo women. He thinks of it as defiling them. A man in a white coat moves down the row examining all the young girls receiving their brand. The man reaches for the girl’s face. She looks like she wants to say something, but Lale squeezes her arm. Sshh.

When the man leaves, Lale finishes her tattoo and finally looks up. He meets her eyes and smiles, and she smiles slightly in return. In one instant, his heart begins to pound heavily in his chest. He grows dizzy but is pulled out of his lovestruck stupor when another slip of paper is passed to him. He looks up. The girl is already gone.

Their relationship slowly blossoms and one day Lale returns Gita to her friends in the yard and notices that something is off about Gita’s co-worker Cilka. He asks Gita what’s wrong with her, but she won’t say. She tells him there is nothing he can do to help and adds “my love” at the end. Lale forgets all about his concern for Cilka. He swims with delight in the bliss of those two words.

At one point, Lale is forced to work for weeks on end without seeing Gita. He finally gets a break from the constant stream of prisoners. He runs back to Birkenau to catch Gita after work. When Gita sees him, she almost faints with relief. She thought something had happened to him. Baretski did not deliver Lale’s message. The time away and her relief at seeing him fill Lale with the sensation of love. He finally tells her he loves her and feels as though he’s been waiting to tell her that his entire life. He tells her about his vow to make it out alive and that it now includes her.

At the end of the book, Lale and Gita are separated. Lale makes it back home to his sister in Slovakia and tells her and his old neighbor about Gita. Goldie and Mrs. Molnar are captivated by this love story and urge him to leave at once to begin his search. They make food for his journey, and Lale buys a cart with one horse. He’s sad to say goodbye to Goldie so soon, but she tells him not to come back until Gita is with him. Which he does.

The third The Tattooist of Auschwitz theme is faith. Throughout the novel, Lale has lost faith in religion but one thing he will not lose faith in is his relationship with Gita. He tells her that one day they will marry and have a family, and despite her despair, Gita starts to believe him.

Even after Lale and Gita are separated after the fall of Auschwitz and Lale is taken to a different camp, he doesn’t stop thinking about Gita. He knows that moving from camp to camp is going to make it harder to catch up to her, wherever she is.

Lale never lost his faith and he traveled alone from Slovakia to Bratislava looking for Gita. The only thing he had to go off of was a name. Yet, despite all odds, he found Gita and they were able to live out their dream. 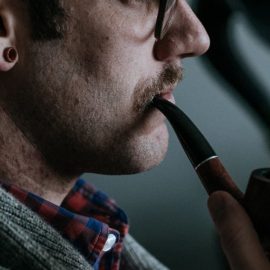