What is the role of government in an economy? Would economies function better if left to their own devices?

A government makes a capitalist market possible. Though people, including many politicians, sometimes speculate about how much better the market could operate if there were little or no government around, the truth is, countries without strong governments have almost non-existent markets in which it’s difficult to conduct even simple transactions.

In this article, we’ll explore the different ways a government can facilitate a functioning market economy. We’ll also explore the ways it can destroy one: Government intervention in the economy isn’t always beneficial.

The most essential role of government in an economy is to provide laws and infrastructure that allow businesses to conduct transactions. Without a set of rules that everyone involved in a market agrees to, and which can be enforced, a market can’t smoothly operate (or operate at all). Laws and regulations allow people to trust complete strangers in situations where they otherwise wouldn’t be able to. This is why you can, for example, give your money to a bank teller and feel confident you’ll see that money again later. Your transactions with other individuals are protected as much as with firms: You can send an online payment to a person on the other side of the world and feel comfortable that you’ll receive the, say, necklace you ordered—and they’ll feel comfortable they’ll receive your payment.

Without established property rights enforced by the government, you could spend your time, money, and other resources growing a crop of wheat, only for someone else to come to your farm and harvest it for themselves—and you would have no legal recourse against them.

Property includes intangible things as well as tangible ones, like ideas (protected by copyright laws, patent laws, and trademark laws). In order for an economy to produce anything of value, ideas must be protected—if a firm develops, for example, a new medication, and other firms are allowed to simply copy their formulation and sell it for their own profit, the first firm will have no incentive to create the medication in the first place.

Property rights can also include even more complicated notions of “property.” For example, do you own the right to enjoy a quiet night’s sleep, or does your neighbor own the right to leave her barking dog in her yard all night? Noise ordinances and other such regulations can help resolve these disputes.

One of the most important responsibilities of a government is building and maintaining goods that everyone benefits from:

The private sector wouldn’t be able to provide these goods because of the “free rider” problem, which is what happens when something expensive is paid for by one person but then enjoyed by all.

For example, if a clothing company realized it needed paved roads for its delivery trucks to reach customers, and it decided to fund those roads itself, then it would be at a disadvantage against its competitors, who’d get to use the road, too, but at no cost to them—meaning they’d be able to conduct business without the debt of the road-building project weighing them down. Because of this inherent competitive disadvantage, the clothing company would never bother to create the roads in the first place, and therefore all companies would remain worse off, unable to easily transport items. A government, paid for by taxes, is the only fair solution to such problems.

A Government Helps the Needy

A government prevents a capitalist economy from devolving into a fully polarized structure in which some people reap all the rewards and others reap none. To do so it redistributes some wealth from the richest to the poorest citizens. This doesn’t mean directly taking cash from wealthy people and handing it to poor people, but instead, taxing people who have excess funds in order to pay for safety-net programs that help people in financial need. These programs include unemployment payments, food stamps, and the like.

Decisions you make affect other people, even when those other people didn’t have a say in your decision. For example, if you buy a large, gas-guzzling car, there are social costs:

Economists call this an externality, or the difference between the cost of something to one individual and the cost of it to the wider society. Governments manage externalities by passing regulations to limit the damage that one person’s decisions might have on another person’s quality of life. This task falls to governments rather than individuals because a government’s reach is wide, while an individual has only a narrow perspective on the world and is either unable to see how her decisions affect other people or unable to do anything about it.

A government can manage externalities through either regulation or taxes. Regulations ban certain things in order to protect a large number of people from the personal decisions of a few: For example, zoning boards in local governments sometimes ban ugly buildings or ones that block views. However, a government can’t ban too many things or it will become authoritarian, infringing on people’s freedom to choose how to live. For this reason, governments often use taxes to discourage unwanted behavior.

Taxes are effective because they increase the private cost of something that has social costs. Increased private costs deter people from doing or buying certain things. For example, increasing the cost of driving a heavy, gas-guzzling vehicle by adding a fuel tax will encourage people to buy more fuel-efficient cars. Taxes also limit those behaviors to individuals willing to pay more for them.

Taxes have other benefits as well: 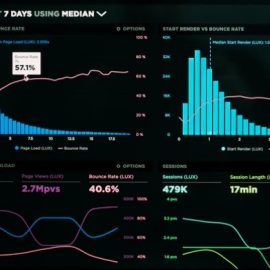 Getting Started With Investing? Ask Yourself This