What is the state of technology and the future? What does it have to do with your startup?

Four Views of Technology and the Future

What is the future of technology? There are four ways of thinking about the future, according to philosopher and Oxford professor Nick Bostrom:

1) Recurrent collapse: It will follow a historical pattern alternating between prosperity and ruin or collapse. This was the view of ancient people. Since we’re in prosperity today, humanity’s next cycle will be collapse.

2) Plateau: The future of technology will look a lot like the present as poor countries catch up with rich countries and the world reaches a plateau of development. Many people hold this view today.

3) Extinction: The world may experience a catastrophe too big to contain and survive, given our global interconnectedness and weapons of mass destruction.

4) Takeoff: Humanity is readying for takeoff toward a better future, which will be indescribably different from the present.

The periodic collapse scenario seems unlikely because we have the knowledge to stave off any collapse that’s short of catastrophic. Annihilation or extinction are more probable.

Today, most people envision continued globalization and convergence—in other words, more of the same. The question is whether such a plateau could last. At that point competition for wealth and resources would likely be more intense than ever. Without new technology to ease competition, the status quo could dissolve into conflict. And conflict on a global scale would result in extinction.

That leaves the fourth scenario—we create new technology for a much better future. Some describe this outcome as “singularity,” the application of powerful technologies we haven’t yet imagined.

The foremost advocate of singularity, Ray Kurzweil, has plotted exponential growth trends in numerous fields, leading to a future of technology and artificial intelligence. He believes singularity is inevitable and there’s nothing for us to do but accept it.

However, we can’t take a better future for granted—we need to work to create it. Seizing the moment to do and create new things in our daily lives is more important than whether we achieve cosmic singularity.

In a sense, the important things are already singular: the planet, nation, your company, and the present moment. We need to create singular new things that will make the future exponentially better—to go from 0 to 1.

Part of technology and the future is globalization. In 1992, third-party presidential candidate and businessman H. Ross Perot warned about the dangers of foreign competition, famously predicting a “giant sucking sound” as American jobs flowed to Mexico under the North American Free Trade Agreement.

In contrast, Presidents George H.W. Bush and Bill Clinton extolled free trade, in which governments refrain from trying to gain an advantage by placing tariffs on imports or subsidizing exports. The idea is that everyone ultimately will be richer if people specialize based on their advantages (such as resource availability) and trade with each other.

In practice, this has worked better for some workers than others. Countries usually gain the most from trade when they have the biggest advantages. But having a big unskilled labor supply can be an advantage too.

However, the challenge of the tech future won’t be competition for labor between countries, it will be competition for resources. And global resources are limited. Already, while Americans enjoy low-priced consumer goods from China, we pay more for gasoline because as China develops, it consumes more of the global supply of oil that we’re competing for.

People in all countries will demand more as their basic needs are met and as globalization continues through technology in the future.

The answer to competition for scarce resources is technology and the future that will help people live better.

For instance, in 2012 one of Google’s supercomputers scanned 10 million YouTube videos and learned to identify a cat with 75% accuracy. However, a four-year-old can do it with 100% accuracy. A laptop can beat mathematicians at some tasks, but a supercomputer can’t beat a child at others.

Progress can be either horizontal or vertical. Horizontal or expansive progress results from duplicating success—going from 1 to n. This kind of progress is easy to envision because it looks a lot like the present. Vertical or intensive (focused) progress requires doing something entirely new—going from 0 to 1. It’s more difficult to envision because we’ve never seen it before.

Continued globalization isn’t feasible without technological progress because the industrialization of more countries will lead to more environmental problems and competition for limited resources. For instance, if China doubles its industrial production without improvements, it will double its air pollution. Spreading the practices of developed countries globally will bring devastation rather than wealth. The key to a better tech future is both imagining and creating the technologies to get us there. 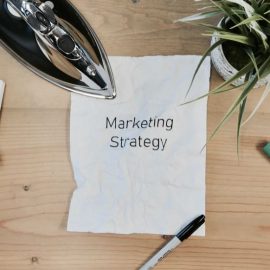 Bad Marketing: The 2 Strategies You Should Avoid 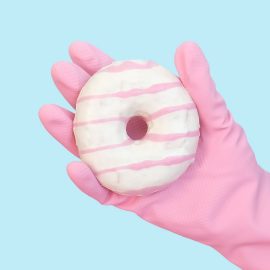 The Importance of Email Marketing (and How to Do It)