How was The Hiding Place secret room kept out of view? Who designed it?

The hiding place’s secret room was hidden behind a false wall and was used during the war to keep Jews hidden. Read about how it went from a temporary space to secure location.

The organization impressed upon Corrie the need to make sure that her safehouse was truly safe. The place in her home where Jews were hiding needed to be totally undetectable, with everyone at the Beje knowing exactly what to do in the event of a sudden raid by the Gestapo. Pickwick knew that the Beje lacked a secret room—he told Corrie this needed to be addressed immediately.

The man sent by the Resistance to examine conditions at the Beje introduced himself to Corrie only as “Mr. Smit.” Some aspects of Corrie’s operation met with Smit’s approval. But the lack of a true hiding place for the people at the Beje was a major cause for concern. When Smit went up to Corrie’s room, however, he found that the architecture of the house was ideally suited for constructing a secret hiding place.

Smit installed a false brick wall in Corrie’s room, behind which was to be the secret room where Jews would be able to hide. The hiding place was only accessible through a small sliding panel, which was hidden behind bookshelves in front of the false wall.

Eventually, the permanent guests at the Beje became quite effective at getting to the hiding place secret room, though they never quite got their routine down to less than a minute. The group had a set routine for scrambling up into Corrie’s room and escaping behind the false wall, leaving behind no trace of their presence. As the refugees practiced getting up to the hiding place, Corrie, Betsie, and Casper would set to work rearranging the house to give the appearance that only the three of them lived there.

The very first drills, however, showed just how disorganized the group was. Far from Pickwick’s ideal of a one minute interlude between the sounding of the buzzer and the completion of the escape and concealment, the residents of the Beje took four minutes. The drills frightened the group because they reminded everyone of the true danger they were facing.

Nonetheless, they recognized the importance of mastering this regimen. Although they never got it down to a one-minute routine, they did eventually manage to achieve a two-minute time. Even the elderly and asthmatic Mary Itallie, one of the six Jews in hiding at the Beje, managed to master this routine, though her loud coughing and wheezing threatened to betray the entire group. 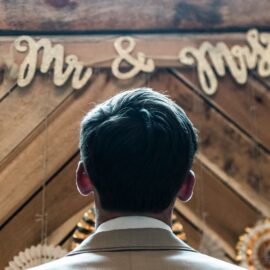