The Five Dysfunctions of a Team: A Leadership Fable explores how teams fail to work cohesively together through a dynamic, five-part model of dysfunction. The five dysfunctions are 1) absence of trust, 2) fear of conflict, 3) lack of commitment, 4) avoidance of accountability, and 5) inattention to results.

Below is a brief overview of The Five Dysfunctions of a Team by Patrick Lencioni.

The Five Dysfunctions of a Team: A Leadership Fable

What prevents a team from succeeding in its mission? This is the central question of The Five Dysfunctions of a Team by Patrick Lencioni. The book presents the five dysfunctions like a pyramid – each one builds on the next. And to solve all the dysfunctions, you need to start at the bottom and most fundamental dysfunction.

Trust is the confidence that your peers have good intentions and aren’t out to harm you. Teams that trust one another are comfortable being vulnerable, and can admit mistakes and weaknesses.

If you have an absence of trust, then you don’t feel safe being vulnerable and admitting your weaknesses, because you fear your vulnerability will be used against you.As a result, teams that lack trust hesitate to ask for help, spend a lot of time managing behaviors and appearances, and hide their mistakes from one another. People who are afraid of being vulnerable receive feedback poorly, and they retaliate. As a result, productive feedback is stifled.

To overcome this dysfunction, teams should practice exchanging feedback in structured environments. In these safe environments, they can identify strengths and weaknesses without repercussions. Examples include personality profiles (like Myers-Briggs type), identifying each other’s single biggest contribution and area for improvement, and 360-degree feedback.

Functional teams engage in ideological conflict. Because they trust each other, they feel comfortable expressing their true opinions and publicly disagreeing over important issues. With trust, they know that feedback isn’t meant to damage a person, but rather to improve them.

When there is a fear of conflict, these conversations get swept under the rug and the team is unable to resolve critical issues. Teams that fear conflict don’t tap into the full expertise and experience of their members and end up channeling their unspoken conflicts into personal attacks.

To overcome this dysfunction, teams should actively seek out sources of conflict instead of avoiding them. Leaders should give real-time permission for individuals to debate with one another, and hold back their urge to protect the team from conflict and disagreement.

Committed teams are those that have full buy-in from everyone. Because they’ve been able to passionately and productively debate ideas, they can move ahead with a decision knowing that everyone’s opinions have been considered.

When there is a lack of commitment, teammates are unclear about priorities and expectations.

Teams that suffer from a lack of commitment lose opportunities due to delays, distractions, missed deadlines, and repeated discussions of the same issues.

To overcome this dysfunction, teams should review major decisions and responsibilities at the end of each meeting and assign deadlines to individual team members.

High-performing teams hold each other accountable to high performance standards. They are able to do this because everyone is clear on what is expected of themselves and their teammates (they have already engaged in healthy conflict to develop a plan that everyone is committed to). Moreover, they’re comfortable being vulnerable and sharing feedback, so they can raise questions of performance in other people without fear of retaliation.

When there is a lack of accountability, teams encourage low standards and force the leader to become the sole source of discipline. Higher-performing team members resent lower performers. Mediocrity becomes the standard.

To overcome this dysfunction, teams should engage in peer pressure tactics, which is scalable and reduces the bureaucracy needed for oversight. This means publishing team goals and standards and instituting regular process reviews. They can also receive team rewards, which motivates teams to work together and point out individuals who aren’t pulling their weight.

Great teams are focused on team results, not individual milestones. This is possible because individuals know that they will be called out by their peers if their poor performance ends up hurting the team.

If a team isn’t focused on team results, its members will gravitate toward working on what’s good for them personally or for their department, to the detriment of the organization as a whole. This connects to the previous dysfunction – when accountability is absent, a team member will naturally pursue whatever is best for herself.

To overcome this dysfunction, organizations and leaders should encourage rewards based on the achievement of team outcomes. They should publicly declare ambitious goals, which will inspire the team to meet them. Both tactics provide the incentive for individuals to work as a team toward common goals, rather than pursuing individual ambitions. 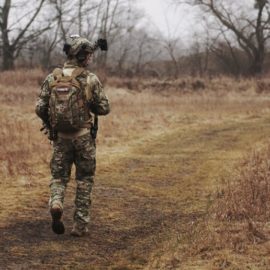 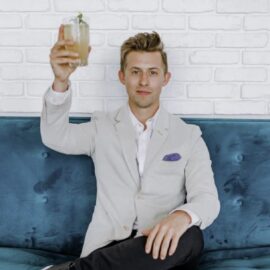