What was the Michael Oher car accident scene in The Blind Side about? Did Oher and SJ really get in an accident?

In The Blind Side, Michael Oher gets into a car accident with his younger brother, Sean Junior, in the front seat. Oher was able to save SJ from serious injury by blocking the airbag from hitting him, showing he had strong protective instincts.

Read more about Michael Oher, the car accident, and the real story.

To Leigh Anne, Michael’s flippant attitude regarding other people’s time was just another indication of how much Michael didn’t understand the world, which only reinforced her desire for him to attend school close to home. His grades had improved thanks to Sue’s help, but grades were not what counted in Leigh Anne’s eyes. Michael wasn’t stupid, and she already knew that, but he was uninformed in the ways of the world. And this ignorance made him vulnerable. She had no idea how he would cope away from her guidance, so she did everything she could to school him in life to prepare him.

She educated him in the things that young people naturally pick up when living as part of an upper-class society. She taught him about shopping for himself and anyone special he might want to spoil with gifts. She explained the rules of golf and exposed him to fine art. She took him to restaurants and ordered everything on the menu just so he could see what the different dishes were and tasted like. He learned the differences between all of the Italian dishes and discovered that chicken alfredo was his favorite.

These lessons weren’t just about regular life but about the life she and her family lived. Michael was part of her family, so he needed to understand what it meant to live in affluent society. She taught him how to live in a white world, and Michael absorbed all of it and was becoming spoiled as a result. He drove a black SUV and had no problem walking into one of Sean’s restaurants and requesting special attention as the owner’s son.

As Michael grew more into a Tuohy, Leigh Anne grew more relaxed. She started to feel like her work was accomplished and that Michael would be OK. However, this peace was shattered shortly after it arrived with the Michael Oher car accident. It was winter, and the roads were icy. He couldn’t stop at an intersection and slid head first into an oncoming van going 25 mph. When Leigh Anne got to the scene, she found Michael overcome with emotion and Sean Jr. lying on the ground with an unrecognizable face.

At the hospital, the doctors were surprised Sean Jr. wasn’t seriously injured. His face was bruised and swollen, but no bones had been broken. For a 10-year-old boy sitting in the front seat, the airbag should have caused more damage. Leigh Anne went home and told Michael the good and perplexing news, and that’s when he showed her his arm. He’d stopped the airbag with his arm, cushioning the impact on Sean Jr. and burning his arm in the process. This came as no surprise for the boy who scored below the 10th percentile in middle school on every aptitude test except for one. For “protective instincts,” he’d scored in the 90th percentile.

Though Michael Oher got into a car accident, he was able to protect his brother.

What Is a Victim Mentality Really About?

Money Buys Happiness? Find Out Why It Doesn’t

What Causes Shame? How Men and Women Differ 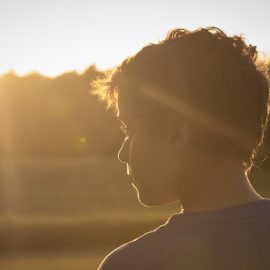