Is the environmental justice movement an enemy of capitalism? Does the movement promote real science or just political ideology?

Mark Levin believes that the environmental justice movement threatens prosperity. He argues that the movement uses faulty science to feign a crisis in order to grab more control.

Read more to understand the argument that Levin presents in his book American Marxism.

The second major ideological movement of American Marxism is environmental justice. Levin claims that the environmental justice (EJ) movement attacks the systems that make America great and will thrust the nation into economic ruin if they succeed. In particular, Levin says that the movement opposes free-market capitalism—the system that has made America the greatest country in the world—as well as economic growth itself.

Levin claims that the environmental justice movement promotes anti-capitalism, or what they call “degrowth.” They believe that American capitalism has led to an unsustainable rate of growth through which natural resources are being depleted and carbon emissions are increasingly polluting the atmosphere. They advocate reducing production to a minimum to conserve resources and minimize pollution. As a result, they oppose many of the technological advances that make life better, like cars and modern agriculture.

While most degrowth organizations are grass-roots, many of their ideas have leaked into mainstream left-wing politics such as the Margarita Declaration on Climate Change and the Green New Deal (GND). Levin describes the GND as a Marxism-inspired bill that, in part, calls for net-zero greenhouse gas emissions, meeting America’s entire power demand through renewable energy, overhauling the American transportation system, providing jobs with “family-sustaining wages” to all people in America, and eliminating unfair business competition from monopolies.

Levin says that these goals are outlandish and impossible to accomplish because they undermine American free-market capitalism and private property rights, and they’re astronomically expensive, costing up to $93 trillion over 10 years. This would be yet another step toward Marxist totalitarianism.

The Science Behind the Environmental Justice Movement Is Faulty

Levin continues to argue that the “climate science” that the EJ movement is based on isn’t real science but rather political ideology framed as science. Levin argues this point by seeking to debase the two most prominent arguments that point to human-induced climate change—the depletion of natural resources and increasing carbon dioxide emissions.

Regarding the depletion of resources, Levin argues that humans haven’t even scratched the surface of the natural resources available on the earth. Therefore, we don’t need to worry about depleting them. He elaborates that the earth is made entirely of natural resources and that human intelligence and innovation will continue to develop new ways to access these resources.

(Shortform note: While Levin argues that we don’t need to worry about our use of resources, many experts disagree. They explain that humans are using up the earth’s resources at an unsustainable rate, roughly 1.7 times faster than the earth can regenerate them. Not only does our use of resources increase carbon emissions that lead to global warming, but it also contributes to 90% of biodiversity loss and water loss. Biodiversity—the variety of different plants and animals on earth—is essentially what allows humans to thrive. If even one species goes extinct (decreasing biodiversity), it can have an outsized impact on the ecosystem, threatening the loss of clean air, fresh water, high-quality soil for growing crops, and so on.)

Regarding carbon dioxide emissions, Levin argues that carbon dioxide isn’t a pollutant and that the science linking it to global warming isn’t credible. He elaborates that carbon dioxide isn’t a pollutant because it’s necessary for life—plants absorb it and create more oxygen for humans. And, while leftist scientists claim that carbon emissions are unnaturally warming the planet, Levin says scientists haven’t reached a consensus on the matter. He adds that the evidence linking human carbon emissions to unnatural climate change isn’t credible because scientists start with a predetermined conclusion and ignore contradictory evidence to prove their claim.

Ultimately, Levin says that the entire climate emergency and the environmental movement is a ruse meant to sway the public toward the political left, sow discontent, and ultimately overthrow American society as we know it. 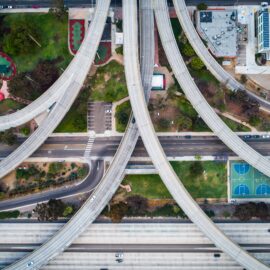 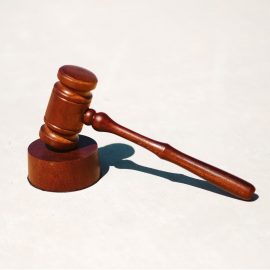