These questions have been part of the climate change debate, especially since the 1992 Rio Conference. Some people and organizations see their agenda or ideology at risk, so they seek to discredit science that points to climate change—and anthropogenic global warming in particular. Historians Naomi Oreskes and Erik Conway discuss this in their book Merchants of Doubt.

Read more to learn about the debate surrounding the issue of anthropogenic global warming.

In June 1992, the U.N. held an Earth Summit to address what to do about climate change. The MOD’s techniques were working and President Bush only decided to go at the last minute. The conference produced a Framework Convention that 192 countries signed, committing to preventing dangerous anthropogenic activity. The Framework didn’t include any emissions limits; however, it was just a principle.

By 1992, it was clear that global warming was real and happening now. The only major to-do was to prove that it was caused by humans—if it was, contrary to what the MODs claimed, there was definitely something we could do to slow or stop it.

To prove that humans were causing global warming, scientists looked for ways in which anthropogenic global warming was distinct from other causes of warming. This approach was called “fingerprinting” or detection and attribution.

Climate scientist Benjamin Santer began looking at the vertical structure of the atmosphere. He had worked on checking the accuracy of climate models as a student, and he learned about fingerprinting at one of his first jobs. In 1994, the International Panel on Climate Change (IPCC) asked Santer to be the convening lead author for Chapter 8 of their next (second) assessment. The IPCC wasn’t very prestigious at the time but Santer agreed after some convincing.

Santer’s job would be to organize a chapter about fingerprinting based on available information—basically, coordinate the writing and put together everyone’s individual parts. His chapter had 36 authors and they met in August 1994 to start work.

In October and November, Santer went to the first drafting session, where all the lead authors of the entire report met. The first hiccup was whether to discuss the uncertainty of the model and observations in Chapter 8. Uncertainty was already covered in other chapters, but Santer wanted to include it in Chapter 8 as well because readers might not read the report in full, and Santer had no say in how it was discussed in other chapters. Santer got his way and his chapter would also include a discussion of uncertainty.

Next was the first round of Chapter 8’s peer review. Approximately 20 detection and attribution scientists, everyone who had participated in writing the chapter, and all the other chapters’ lead authors reviewed Santer’s chapter.

In March 1995, there was a second drafting session, and in May, the whole report and policymakers’ summaries went to reviewers selected by the governments who were members of the IPCC. Santer also sent his work to Nature around the same time for review.

In July 1995, there was a third drafting session. Santer hadn’t received the government reviewers’ notes yet (he had been chosen as the lead author later, so the other chapters were further along), so he presented his unreviewed results. He and his team had been working on the vertical structure of the atmosphere and might have proved that humans had changed the climate.

In September 1995, the whole report was leaked and Santer’s chapter made the news, though the New York Times didn’t quite get the story right. It reported that scientists had just now started to think human activity was likely a cause of global warming. In reality, scientists had thought it was likely for years and had just proven it.

Proof of anthropogenic global warming was bad news for the MODs. In early November 1995, the Republican majority in Congress held hearings in which they questioned the science. One of the witnesses, ozone-depletion denier and climatologist Patrick J. Michaels explained that the IPCC had gotten it wrong because the model predictions didn’t match the observed temperatures measured by NOAA weather satellites. He’d mentioned this in his peer review of the report but the IPCC had ignored him.

Witness Jerry Mahlman, a NOAA scientist, explained that the model didn’t match the observed weather data because it wasn’t supposed to. The model deliberately ignored the effects of the sun or volcanic dust because the point was to isolate the effect of CO2. However, the satellites measured real life, which included the sun and volcanoes, so obviously the temperatures were different. The model and observations weren’t looking at the same thing, so it didn’t make sense to compare them.

The hearing didn’t get much media attention (everyone knew the Republicans opposed environmental action by now), but it did reinforce Republicans’ confidence in doing nothing.

In November 1995, there was a final IPCC plenary session. At this meeting, Santer received the government reviewers’ comments. When Santer presented his results, two government representatives immediately opposed his chapter (Saudi Arabia and Kuwait) and one delegate (Kenya) thought the report shouldn’t even cover fingerprinting.

The IPCC chairman put together a drafting group to revise the chapter and sort everything out. The drafting group included the lead authors, delegates from other countries, and the delegates who had opposed the chapter (except the Saudis didn’t send anyone). When Santer shared the revised chapter, the Saudis still didn’t like it.

The group put the discussion on hold to finish the Summary for Policymakers. There was disagreement here too—everyone had different opinions about the adjective used to describe the anthropogenic influence on climate. After trying almost 30 words, they ultimately settled on “discernable.”

Santer coordinated implementing the changes requested from the plenary. The major change was organizational—all of the other chapters in the report had summary statements at the beginning, but Chapter 8 had statements and the beginning and end, so the chairman told Santer to take out the statement at the end of his chapter.

The response of the merchants of doubt came quickly.

In February 1996, before the third IPCC assessment was released, Singer published a letter in Science that claimed:

Tom Wigley, one of the Chapter 8 authors, responded, debunking everything. Singer’s only response was to provide the missing citation.

In May 1996, before the IPCC report was published, Santer and Wigley gave a briefing on Chapter 8 on Capitol Hill. An industry lobbyist and representative of the American Petroleum Institute accused them of secretly editing the report. Santer did make changes after the plenary session to address the discussion, government comments, and structure, as requested. But the MODs accused him of cutting out sections about uncertainty and ignoring other scientists’ dissent.

The Global Climate Coalition (an industry group) attacked the IPCC and put out a report called “The IPCC: Institutionalized Scientific Cleansing.” Nierenberg received a copy and in an interview, repeated its claims even though they were impossible to verify (the report hadn’t been published yet, so there was no way to compare older drafts to the final one to see if anything really had been cut). Nierenberg also claimed the IPCC had cut out bits about uncertainty, which was a lie—Santer had insisted on including a discussion of uncertainty in his chapter back in the first drafting session.

Fred Seitz continued the attack—in June 1996 in the Wall Street Journal, Seitz accused Santer of making unauthorized changes and corrupting the peer review process. He suggested finding a more reputable authority than the IPCC because they couldn’t follow their own rules.

Santer and 40 cosigners wrote to the Wall Street Journal to explain what had really happened—the IPCC chairman told him to make changes and this was normal—it’s how peer review works. The only differences between the IPCC review and standard peer review were:

Santer also pointed out Seitz couldn’t back up his claims—he hadn’t had anything to do with the report and he wasn’t a climate scientist. The Journal initially refused to publish Santer’s explanation. It finally did, but only after editing it and cutting the names of the cosigners. The IPCC chairman and Bert Bolin also wrote the Journal, and it edited their letters too.

The University Corporation for Atmospheric Research and American Meteorological Society boards republished the unedited versions of the letters to show how the Journal had edited them. They called the MODs on systematically merchandising doubt.

In July, Seitz, Singer, and ozone-hole-denier Hugh Ellsaesser responded in the Journal and denied the charges. Singer accused the IPCC of coming to a “feeble” conclusion but also claimed that it was scare-mongering.

Bolin and Santer responded, and Singer tried to attack them again, but the Journal wouldn’t publish him. Singer circulated an email instead with wild claims: There was no evidence for warming, the chapter had been based on “unpublished work,” and Patrick J. Michaels should have been a lead author because he was the only person to publish on climate fingerprinting before 1995. (All of this was verifiably untrue—for example, the first paper on fingerprinting was published in 1979, and Santer circulated his own email to explain.)

In November, Singer kept making claims that were easily fact-checkable—for example, he claimed that the discussion of uncertainty in Chapter 8 had been cut, but the report had been out for months and anyone who looked at it could tell it included six pages about uncertainties. However, the mass media publicized his and other MOD’s views and voices. (A 2004 study that looked at media from 1988-2002 discovered that over 50% of articles were balanced and 35% did acknowledge that one position was correct but still included the deniers’ views.)

Even though the MOD’s claims were false, their work influenced Bush, members of Congress, and millions of members of the public who read the Wall Street Journal.  The U.S. withdrew from the Kyoto Protocol, which committed countries to reducing greenhouse gases, in 1997.

In 2001, the IPCC’s latest assessment found more and stronger evidence of anthropogenic global warming. In 2007, the assessment named it “unequivocal.”

Despite the strength of the science, the “debate” persisted. In 2006, only 56% of Americans thought that the average global temperature had increased. 85% thought it was happening but 64% thought there was still a lot of conflict between scientists. In 2009, the number of people who believed there was evidence for global warming actually declined from 71% to 57%.

The debate surrounding the issue of anthropogenic global warming continues to this day. Understanding the debate’s history and players helps us see the matter more clearly. 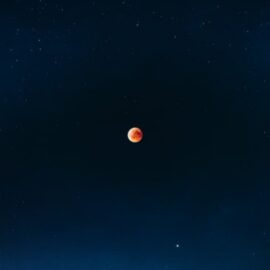 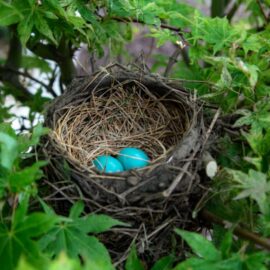