Who are The Absolutely True Diary of a Part-Time Indian characters? What is each character’s role in the story?

Each of The Absolutely True Diary of a Part-Time Indian characters plays an important role in Junior’s life and in the story. Junior values his friends and family and learns more about himself through these relationships.

Keep reading to learn about all of The Absolutely True Diary of a Part-Time Indian characters.

The Absolutely True Diary of a Part-Time Indian Characters: Junior and His Family

These are some of The Absolutely True Diary of a Part-Time Indian characters from Junior’s family.

Narrator Junior was born with too much cerebrospinal fluid in his brain, which he initially describes as a brain drowning in grease. But because this makes his brain sound like a big French fry, he decides it’s more poetic to say that at birth, he had “water on the brain.”

At six months old, Junior had a surgery in which the extra fluid was sucked from his brain. His doctors predicted he’d live as a “vegetable” if he didn’t die during surgery, but he survived with only relatively minor problems relating to his brain damage. These include:

The extra teeth cause particular problems. When Junior’s teeth get so crowded he has trouble closing his mouth, he goes to the Indian Health Service. The Indian Health Service only does this kind of work once a year, so Junior has to get all ten extra teeth pulled at once. Further aggravating the situation is the fact that the white dentist apparently doesn’t think Indians feel as much pain as white people, so he only gives Junior half the Novocain.

Junior’s large head also causes issues. Bullies on the reservation call him “Globe”: They grab him, spin him around, and put their finger on his head, saying, “I want to go there.” Due to Junior’s physical challenges and speech impediment, people on the reservation regularly beat him up and refer to him as a “retard.”

In the book, Junior’s parents are important characters in The Absolutely True Diary in a Part-Time Indian. Junior’s mother is an avid reader and can recite entire pages of text verbatim. She dreamed of going to college and might have become a professor.

Junior’s dad dreamed of being a musician. He has an amazing voice and plays the guitar and piano. He still keeps a high-school saxophone that he takes out to shine every once in a while.

But no one believed in their dreams. Junior’s parents come from a long line of poor people, and like most of the other Indians on the reservation, they couldn’t escape the cycle of poverty. Both are alcoholics and suffer from depression. When Junior’s dad isn’t out drinking, he sits alone in his bedroom and watches basketball games on TV. But he doesn’t cheer or boo or react much at all to what he’s watching.

Despite their poverty and struggles with depression and alcoholism, Junior’s parents are devoted to their son and encourage him to pursue his dreams, as we’ll see.

Though the reader only meets Mary through stories and correspondance, she’s still one of the important characters in The Absolutely True Diary in a Part-Time Indian. Mary’s family calls her Mary Runs Away because she’s so “crazy and random.” Mary’s former teacher, Mr. P, says she’s one of the brightest students he’s ever had. In high school, she dreamed of being a famous romance novelist, but after she graduates she “freezes,” and no one knows why. She doesn’t get a job or go to college. She spends most of her time alone in the family basement. Junior speculates that, like his parents, his sister is depressed.

These The Absolutely True Diary of a Part-Time Indian characters are Junior’s friends from Rearden and from the reservation.

Rowdy is one of the most important characters in The Absolutely True Diary in a Part-Time Indian. Rowdy is Junior’s best (human) friend. (Junior’s best friend is his dog, Oscar.) Junior considers Rowdy to be the “most important person in [his] life,” even more important than the members of his own family. Rowdy and Junior were born on the same day in the same hospital, and they’ve been friends ever since.

Rowdy is the toughest kid on the reservation. He’ll fight anyone—girl or boy, child or adult, human or dog. He even throws punches at the rain. He got into his first fist fight when he was in kindergarten: A first-grader had thrown a piece of ice during a snowball fight, which made Rowdy mad. He punched the first-grader and two of the first-grader’s friends, and then he punched the teacher who tried to stop the fight.

A New Friend at Reardan

One day, Junior approaches the Reardan “class genius,” Gordy. They eventually bond over their mutual love of learning. Junior thinks Gordy is weird, but he also thinks he and Gordy have a lot in common. Junior believes that, just like he is, Gordy is lonely and terrified. While they don’t become best friends, they start to study together, and Junior finally has an ally at Reardan.

Other Allies at Reardan

There are additional The Absolutely True Diary of a Part-Time Indian characters. For the first half of the school year, Junior attempts to hide his poverty from his Reardan classmates. When he doesn’t have the money to pay for Penelope’s meal after the winter formal, Roger, the jock who’d told the racist “buffalo” joke, offers to loan him money. Penelope later asks Junior if he’s poor. Junior’s tired of lying and tells her that he is and that he was also lying about his dad picking him up from dance. He admits that usually, he either hitches a ride or he walks, and the thought of Junior walking the 22 miles home makes Penelope cry. Before Junior can stop her, she asks Roger to drive Junior home. This is the first of many nights that Roger will drive Junior home from school.

Junior realizes that while he’s been preoccupied with Penelope’s looks, she’s actually been concerned about him. This realization makes him feel shallow. Junior sees that when you’re honest with people, those people can turn out to be pretty incredible. 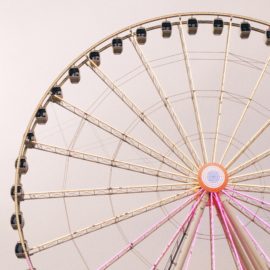 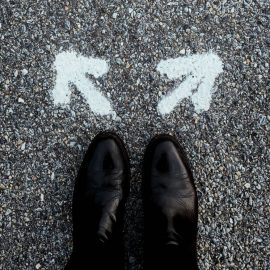 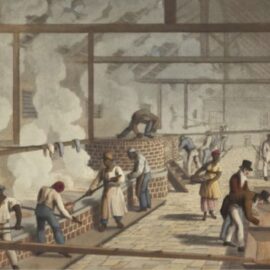