Why have Taiwan and China relations deteriorated recently? Will the conflict lead to war? What will be the United States’ role?

Decades of tension between China and Taiwan have reached a boiling point recently, leading to a higher probability of war. Many expect the United States to defend Taiwan if China launches a full-on invasion, but some aren’t sure if military intervention is worth the risks.

Keep reading to learn about the status of Taiwan and China’s relations and the consequences of the conflict.

Why China-Taiwan Relations Are Collapsing

Decades of tension in Taiwan and China relations have escalated in recent years, and since last year this rising conflict has reached a fever pitch that has left Americans wondering: If China decides to conquer Taiwan by force, how should we respond?

China and Taiwan have maintained an uneasy peace for years, but their diplomatic relations mask a deep, irreconcilable disagreement—the people of democratic Taiwan consider themselves an independent nation, while the authoritarian Chinese state insists that Taiwan is, and always has been, a part of China. In 2019, Taiwan once again refused China’s unification offer of “one country, two systems”—an agreement that in theory would permit Taiwan to govern itself, but in practice would likely result in the suppression of Taiwan’s democratic rights (as we’ll see later).

Since that 2019 refusal, China has intensified efforts to intimidate Taiwan into conceding its autonomy with displays of its military might, regularly sending military aircraft into Taiwan’s controlled airspace. China’s military intrusions reached new heights in August of 2022 as they launched missiles into Japanese waters and within reach of U.S. bases. Additionally, China has been expanding its nuclear arsenal in anticipation of possible conflict over Taiwan.

The U.S. is deeply involved in this conflict, as well. Officially, it’s a neutral party, maintaining diplomatic and economic relations with both China and Taiwan. However, the U.S. has backed Taiwan in policy for decades, beginning with the 1979 Taiwan Relations Act, which made it clear that any attack on Taiwan would be an attack on U.S. interests. During the Trump and Biden administrations, the U.S. has taken its support of Taiwan to another level, expanding diplomatic relations, selling the island billions of dollars worth of weapons, and deploying special forces to train the Taiwanese military. Most recently, Speaker of the House Nancy Pelosi defied direct threats from the ruling Chinese Communist Party (CCP) by visiting Taiwan, becoming the highest-ranking U.S. official to visit Taiwan in 25 years.

In May of 2022, President Biden announced to the press that the U.S. would readily defend Taiwan militarily if China launched an offensive—the most direct declaration of support for Taiwan in many years. White House officials were quick to reaffirm the United States’ official stance of neutrality, but many Americans—and the nation’s foreign allies—assume that if push came to shove, the U.S. would intervene to defend Taiwan.

However, U.S. involvement in Taiwan isn’t a foregone conclusion. As we’ll see, there are compelling reasons both for and against direct military intervention.

A Brief History of Taiwan and China Relations

To have an informed opinion about whether or not the U.S. should go to war over Taiwan, we need to understand the island’s relationship with China. Taiwan and China relations are complicated due to Taiwan’s ambiguous history: Taiwan was a part of China from the late 17th century until 1895, during the Qing dynasty. Japan controlled Taiwan from 1895 to 1945, then ceded it back to China following their defeat in World War II. At that time, China was in the midst of a civil war. In 1949, the Chinese Communist Party overthrew the existing Republic of China (ROC) and established the new People’s Republic of China (PRC). The communists forced the ROC to retreat to Taiwan, and it still governs the island to this day.Thus, the People’s Republic of China that exists today never controlled modern Taiwan, which is an independent country with its own constitution and democratic government. However, Taiwan has belonged to other iterations of “China” for much of its history. Because of this, Taiwan considers itself an autonomous nation, while the PRC believes that it still owns Taiwan. The Chinese government has in recent years renewed its focus on the ultimate goal of “the rejuvenation of the Chinese nation”—and the conquest of Taiwan (or “reunification,” as China sees it) would be a major symbol of progress toward that goal.

Is the U.S. Morally Obligated to Defend Taiwan?

Some argue that the United States has a moral obligation to deploy troops in a full military campaign to defend Taiwan. The 24 million inhabitants of Taiwan currently live in a flourishing progressive democratic nation: They have one of the world’s most successful universal health care systems, they were the first Asian country to legalize same-sex marriage, and they’ve committed to achieving zero greenhouse gas emissions by 2050. Additionally, the average individual’s income in Taiwan is more than triple that of China (judged by purchasing power), signaling a significantly higher standard of living.

If Taiwan and China relations deteriorate to the point of war, then the Chinese takeover would threaten all of this progress. As evidence, we can look to the current state of Hong Kong, which the United Kingdom ceded to China in 1997. Although Hong Kong was never a full democracy like Taiwan, its citizens are traditionally allowed to vote for members of its lawmaking “Legislative Council.” However, since taking ownership, China has tightened restrictions on this electoral system, reducing the number of seats up for direct election and only allowing sufficiently “patriotic,” pro-PRC candidates to run—essentially hijacking their autonomous government. In 2020, China instituted a “national security law” that they’ve used to arrest and imprison thousands of dissenting politicians, journalists, activists, and protesters, stifling any progress toward democracy. A similar fate could befall Taiwan if China were to launch a military invasion.

Or, Is Taiwan Not Worth the Risks of War?

On the other hand, those who oppose U.S. intervention in Taiwan point out that it would be a difficult war to win. Whereas Taiwan is only 100 miles off of mainland China, the island is 6,000 miles from the United States, making it more costly and logistically difficult for America to deploy military forces and supply munitions—and limiting its ability to react quickly to changing battlefield conditions.Additionally, engaging in direct conflict with China runs the risk of escalation to a very bloody war. Once a conflict begins, China won’t readily back down. Losing a war would be a major symbolic humiliation for the CCP, losing them credibility with the public, so they would likely fight until the bitter end. Additionally, Taiwan is at the core of the Chinese national identity—despite the collapsing Taiwan and China relations, the Chinese government and people care far more about the island than America does. This greater commitment makes it more likely that China would outlast the U.S. in prolonged conflict, and if China holds out long enough for America to give up, the U.S. may suffer heavy casualties and then lose Taiwan anyway.

Taiwan and China Relations: Past and Present Conflicts 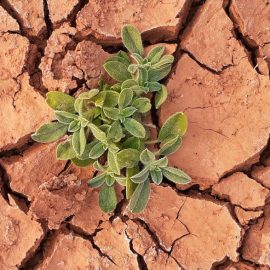 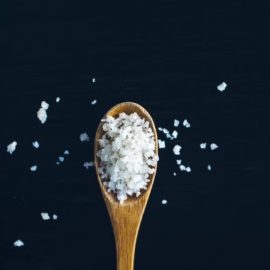 Why Is Salt So Valuable? Looking Back at the Salt Trade