Who are the merchants of doubt? How do they impact public scientific knowledge?

The first merchants of doubt on the scene were members of the tobacco industry. They fought to discredit the science behind policies that threatened their agenda. This was only the beginning of modern-day doubt-mongering. This story, and the stories that followed, are told by Naomi Oreskes and Erik Conway in their book Merchants of Doubt.

Read on to learn who the merchants of doubt are.

Types of Merchants of Doubt

By nature, science challenges the status quo and ruling class because its purpose is to change our understanding of the world around us. Science often reveals market failures and suggests regulation as a solution, so the merchants of doubt (MODs) tend to be defenders of the free market.

Free market fundamentalists believe that free markets are the only economic system that allows for freedom. These MODs are opposed to regulation, particularly international treaties because global governance reduces an individual nation’s powers.

However, free-market fundamentalism is unsound—there are plenty of examples of market failure throughout history, such as the Great Depression. Free market fundamentalism is particularly fallible in the case of the environment because it produces “negative externalities,” which are consequences and costs that aren’t reflected in the market system, so the market has no motivation to solve them.

Cornucopians or technophiles believe that technology will fix every one of humanity’s problems as long as markets stay free (so inventors will be motivated to innovate by huge rewards).

This belief isn’t completely wrong—in many ways, modern life is better than medieval life, and there have been historical instances of governments oppressing their citizens with regulations. However, cornucopianism includes two potentially flawed assumptions:

Four notable merchants of doubt were involved in doubt-mongering multiple scientific questions from the 1960s-2000s. All of them media-savvy, well-connected, politically powerful, fiercely anti-Communist physicists (though none of them did much original science after 1970—they wrote reviews or editorials, but didn’t publish much in peer-reviewed journals).

Fred Seitz was a solid-state physicist. He contributed to building the atomic bomb and throughout his career held various high positions such as NATO science advisor, president of the National Academy of Sciences, and president of Rockefeller University.

2. He disagreed with the mainstream scientific community:

3. He was fiercely anti-Communist and always took the side of private enterprise. He believed that capitalism and freedom were intertwined, so any regulation, even if supported by science, was a no-go.

4. He was a genetic determinist—he believed that health and behavior were determined by people’s genes, not their environment. He may have actually believed some of the doubt-mongering he helped spread—for example, that lung cancer was caused by genetics, not smoking.

5. He and the organizations he was part of received industry funding. For example, the tobacco industry-funded a lot of research at Rockefeller University.

William Nierenberg was a physicist. Like Seitz, he contributed to building the atomic bomb and was involved with Cold War weapons programs. He held positions including director of the prestigious Scripps Institution of Oceanography, and he was a member of Reagan’s transition team.

Robert Jastrow was an astrophysicist and popular science author. He was the director of the Goddard Institute for Space Studies (part of NASA).

Fred Singer was a rocket scientist. He was a director of the National Weather Satellite Service and chief scientist for the Department of Transportation under Reagan. Interestingly, in the 1960s, he was an environmentalist. He believed that human activity was affecting the planet, and he urged both more research and action. By the 1980s, however, he’d changed his mind. He came to believe that protection might come with too-high costs and that technological development driven by the free market would solve all of humanity’s problems.

It is important to know the identity of the merchants of doubt and the impact they have on public scientific knowledge. 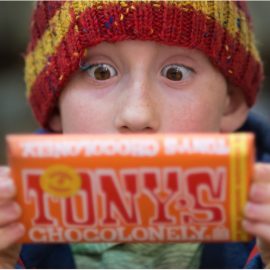 Razor Blades in Halloween Candy: What Is Halloween Sadism? 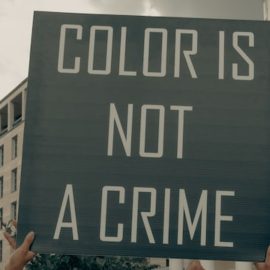