What is Suzanne Simard’s Finding the Mother Tree about? What are the main takeaways of the book?

Scientists and foresters have typically thought of trees as competing for water, sunlight, and nutrients. However, ecologist Suzanne Simard explains in Finding the Mother Tree that trees share resources through a complex underground network of fungi.

Read below for a brief overview of Suzanne Simard’s Finding the Mother Tree.

In Finding the Mother Tree, Suzanne Simard explains her decades-long research on the relationships among trees in the forests of British Columbia. Simard shows that the long-held “competition” model of forest ecology is inaccurate, and that instead the major dynamic among plant life in forests is cooperation and interdependence. She has discovered that trees in a forest are interconnected—they communicate and share resources through a complex underground network of fungi.

Simard, who grew up in a logging family in British Columbia and earned a Ph.D. in forest sciences in 1997, is a pioneer in the research of the cooperative relationships among plant life. A professor of forest ecology at the University of British Columbia, she has published over 200 scholarly articles. Finding the Mother Tree, published in 2021, is Simard’s memoir intertwined with her life’s work in the forests. The Wall Street Journal, The Washington Post, and Time magazine named it among the best books of the year, and there are plans to produce a feature film based on the book.

Before writing Finding the Mother Tree, Simard started out working for the private logging industry, like her parents and grandparents before her, then later went to work for the Forest Service of British Columbia. The Forest Service has two goals: protecting and maintaining the health of the province’s forests and producing timber for sale as an economic resource. At times, these goals can conflict.

The Forest Service prioritizes certain species of trees over others due to greater market demand for the wood. So they clear-cut large areas of the forest, then replant with a single, marketable species. While replanting maintains timber production, the way this is done can be unhealthy for the forests, as Simard’s research will show.

She explains that the main approach to “sustainable” forestry in recent history has been based on the notion of species competition—and eliminating that competition in order to get the best, sustained economic value.

Simard’s research, however, shows that relationships between trees involve more cooperation than competition, which challenges the dominant paradigm and has major implications for future forest management. She argues that instead of ensuring the health and continuity of the forests, some current forestry practices are impeding it and must be changed.

Her key findings over decades of research include:

When Simard left the logging industry and took her first job with the Forest Service, her supervisor was supportive of her ideas and assigned her to research what was called the “free-to-grow” policy. This policy was based on the premise that clear-cutting tracts of forest was the best way to ensure that the growth of cultivated trees would be unimpeded by competitor species.

In experiments with different tree species, Simard killed “competitor” trees with glyphosate (aka Roundup), a chemical that can target some plants while leaving others unharmed. In all her experiments, she found that killing off the “competition” had no benefit for the “free-to-grow” species. And in most cases, it was detrimental. Her findings consistently suggested that tree species growing together aid one another.

Simard’s research throughout the 1990s on these cooperative relationships in forests would ultimately take her from the Forest Service to academia, where she became a researcher and professor at the University of British Columbia in 2002. Along with her graduate students, she began a systematic study of the complex underground fungal networks to understand the dynamic at work and how much of the resource sharing might be intentional.

Here Simard discusses her findings about Mother Trees, how this concept works to explain the relationships between trees, and the crucial importance of old-growth trees. Some of her key findings in this area are:

A New Approach to Forest Management

While Simard’s ideas in Finding the Mother Tree have caught the public imagination, they’ve been resisted by the forestry establishment, as they challenge the long-held dominant paradigm of forests as spaces of competition. Simard argues that this paradigm must change if we are to have healthy forests and sustainable practices. She says it’s crucial to recognize the cooperation and interdependence that happens in forests because the long-term health of those forests depends on those relationships.

The theory that clear-cutting destroys the natural relationships between trees has been a sticking point with people who believe the idea of trees having relationships is an idealistic “hippie” notion, as Simard says her perspective has often been characterized. 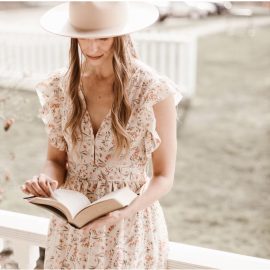 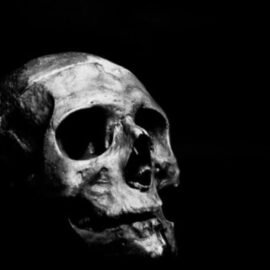