Is memory a fixed record of the past? Do we always recall memories in their original state?

People believe their memories are untouchable, stored away, and recalled when needed in perfect condition. However, this isn’t the case. Memory errors are proof that memory isn’t a fixed record of past events—your memory of the past is affected by your feelings, opinions, and situation.

Here are some of the most common fallacies and situations in which your memory is unreliable.

(Shortform note: Your brain rewrites memories to be helpful: By updating the information, your memories become more relevant to the current moment and your current decisions. However, rewriting memories also means you become overconfident in your beliefs: When you think you’ve always held the same beliefs, you won’t feel the need to challenge them, and you’ll be skeptical of other people’s ability to change their own beliefs. On the other hand, if you remember how your beliefs have changed over time, you’ll be more open to adjusting them again and more welcoming to others who are challenging their beliefs.)

Even people’s strongest memories, usually made in joyous or traumatic situations, are dramatically altered as time goes by, Dobelli adds. (Shortform note: Many people believe these “flashbulb” moments remain untouched and are represented totally accurately in your memory. However, traumatic memories are often less accurate than other kinds of memories, not more accurate. Sometimes, traumatic memories are almost entirely fabricated because your ability to form memories is hampered in traumatic situations, not increased.)

Falsification of history is often triggered by cognitive dissonance, or discomfort when your beliefs or desires conflict with your actions, Dobelli says. To alleviate this discomfort, you deny or rationalize your actions until your memories of the situation change: You deny that you ever acted against your beliefs.

For example, if Ann believes stealing is wrong, but contradicts her beliefs by shoplifting, she’ll experience cognitive dissonance. Her brain will rationalize her actions to minimize the conflict or even change her memories so she forgets she ever shoplifted, depending on how severe the dissonance.

There’s one exception to this rule, Dobelli adds. If you have a number of tasks to complete, making a concrete plan to deal with them can signal your brain to forget the tasks before you finish them. (Shortform note: Making a plan could have the same effect as actually completing the task because of imagination’s effect on the brain. When you imagine something, your brain reacts as if you’re actually experiencing it. So when you imagine completing a task, your brain feels like you really have.)

How do you overcome these effects? Dobelli suggests paying close attention to each individual piece of information you learn so that information you gain in the middle of a situation doesn’t get crowded out of your memory by the first or last things you learn.

The Culture of Scarcity: Why You Never Have Enough 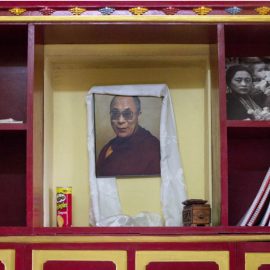 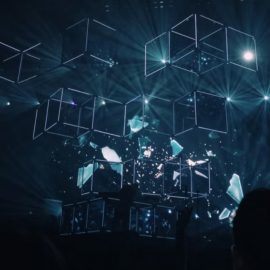