What is sunshining at Netflix? How does this level of transparency and candor enhance the work that Netflix produces?

Sunshining is the term used by Netflix to describe their level of transparency. All employees of access to company information, including sensitive financial data.

Keep reading for more about sunshining and how it works.

Once Hastings had created a culture of candor at Netflix, he built on that transparency by making sensitive data—including profit and loss statements (P&Ls) and other financial documents—available to all employees. At Netflix, this level of transparency is called “sunshining.” While direct feedback raised individual performance and increased accountability, Hastings instituted organizational transparency to build employees’ trust in the company and its leaders, which would boost the staff’s sense of ownership and responsibility for contributing to the company’s success.

On an individual level, when you tell someone a secret, it gives the receiver an immense amount of:

When an executive shares information that’s typically confidential with an entire company of employees, they gain confidence in their standing in the company, loyalty to the company and its leadership, and tremendous trust in the leaders to be transparent. Hastings also takes other measures to create an atmosphere of trust and openness: He doesn’t have an enclosed office, he conducts most of his meetings out in the open, and he had the locks removed from employee lockers at Netflix’s Singapore office. Hastings even sent unfinished drafts of this book to his top 700 managers.

Despite touting the value of transparency, many executives keep this information from their staff for a variety of reasons:

How far does Netflix take its sunshining policy? Let’s look at how Hastings chose to respond to four different scenarios and why.

Dilemma: You are the founder of a startup and you’ve made a point of sharing the company’s financial and strategic information with your staff, as well as teaching them how to understand P&Ls. However, the company is about to go public, and that means that financial data will impact the organization’s stock prices. If one of your employees shares your quarterly numbers with anyone outside the company before they’ve been released publicly, that employee could go to jail. Do you continue to make this data available to your staff, or do you wait to share the quarterly numbers until after they’ve been reported to Wall Street?

Sunshining Answer: After Netflix went public, Hastings continued to share financial information with his staff while also warning them about the serious consequences of leaking it. He even began holding weekly all-staff meetings in which he gave everyone a copy of the P&L and discussed the weekly metrics, such as how many DVDs had been shipped to customers. Furthermore, on the bulletin board next to the coffee machine, Hastings posted a document full of strategic information that had to be kept secret from competing companies.

In 2014, an employee who was leaving Netflix to work at a competitor violated that trust and downloaded confidential data, which he brought to his new job. Although this created a slew of issues—including a lawsuit—Hastings didn’t back down from his commitment to transparency. Overall, he insists that this level of radical transparency benefits the company because:

Scenario 2: Tell Employees if Their Jobs Could Be Cut

Dilemma: Your company is considering a reorganization that could cause several project managers to lose their jobs. At this point, there is just a 50 percent chance of this happening. Do you tell the project managers now and risk creating unnecessary anxiety, or wait until their fate is certain?

Sunshining Answer: Hastings opts to be open with the project managers about the possibility that their jobs could be eliminated in six months, but emphasize that you appreciate them and their work and that you want them to stay, if possible. Hastings feels that keeping this secret could make employees feel like strangers in their own companies—and many employees appreciate being treated like adults and knowing all the information available to make informed decisions, rather than being kept in the dark and potentially blindsided later.

However, this route comes with some risks:

When this scenario happened to one project manager, she panicked: She had been house-hunting, but now she felt that she couldn’t commit to the new mortgage when she might lose her job in six months. Additionally, she resented her boss for worrying her about something that still wasn’t certain—and, as it turned out, she didn’t lose her job, which frustrated her even more because all of her stress was for nothing. Still, Hastings believed that transparency was the best option because the project manager would have suffered far more stress if she had lost her job without notice than she did by simply knowing that it was a possibility. 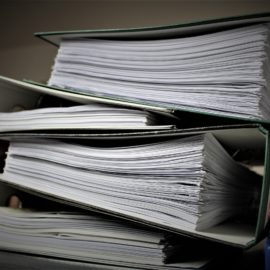 Ruinous Empathy: When Caring is Ineffective 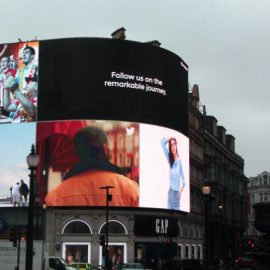