How do single mothers in poverty provide for their children? How did Stephanie Land raise her child with almost no support from her ex-boyfriend?

When Stephanie Land was in her early 20s, she met the father of her child, Jamie. He was emotionally abusive toward Land during her pregnancy, forcing her to be the sole breadwinner for herself and her child after leaving him.

Learn more about Stephanie Land’s journey as a single mother in poverty, detailed in her book Maid.

Fighting for Her Daughter

After Land and her daughter, Mia, move out of Jamie’s trailer, she and Jamie engage in a battle for custody of Mia. Jamie accuses Land of being mentally unstable, arguing that she’s an unfit mother because she’s depressed. However, Land’s depression was caused by Jamie’s emotional and verbal abuse.

Land ultimately wins full custody of Mia, and Jamie has visitation rights. But Land lives in fear that her precarious living situation and being a single mother in poverty will affect her custody rights. For example, when a woman in transitional housing tries to kill herself, Land is concerned that Jamie will find out and use that against her by claiming Mia is in an unsafe environment.

(Shortform note: Land and Jamie’s custody battle may represent another form of emotional abuse known as post-separation abuse. Post-separation abuse occurs when a person uses the court system to control and harass their former partner, often stretching out legal proceedings indefinitely in an attempt to exact a financial and psychological toll. This can take the form of an abuser arguing for custody not out of love for their child, but out of a desire to maintain an ongoing means of inflicting abuse on their former partner.)

Once Land and Jamie split up, however, Land is on her own. She receives a minimal amount of child support from Jamie. She’s essentially the sole breadwinner for herself and her daughter, as well as the person responsible for Mia’s care and for obtaining any government assistance that will help them survive. This makes it harder to hold onto a working-class existence.

(Shortform note: Land’s own experience as a single mom is borne by statistics, which show a close relationship between poverty and single motherhood. In 2020, the poverty rate for single-mother families was 23.4%, nearly five times the rate for married-couple families (4.7%). Similarly, 38.1% of children with single moms lived in poverty, while only 7.5% of children in two-parent families were considered poor. The problem compounds for single moms who are victims of domestic violence. The vast majority of single moms experiencing homelessness—80%—are victims of domestic violence.)

Working as a Maid

Land begins working for one maid service, then another. She makes minimum wage, which in 2009 in Washington State is $8.55 an hour. The company she ends up with doesn’t pay for travel time, and Land sometimes spends up to two hours a day traveling from house to house. It takes her at least an hour of work every day just to pay for the gas to get there. Land is unable to survive on her income from the maid service, so she later takes on her own clients as well.

Land’s work is physically demanding. She works alone, and her employer has strict rules about how much time she has to clean each house. Some houses must be cleaned in as little as three hours. Land rushes to finish cleaning in the allotted time. Some of the houses are truly filthy and disgusting, which makes her task even harder. She doesn’t get a lunch break.

In addition to working and taking care of Mia, Land spends a significant amount of time fulfilling requirements so that she and Mia can continue receiving government benefits. This includes filling out forms, waiting at government offices for appointments, and taking prerequisite classes.

At the same time, Land takes online classes at a community college and writes a blog about her experiences. 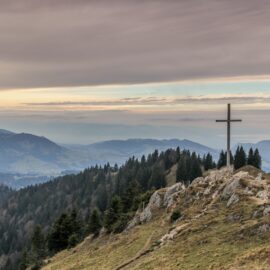 Chances of Getting Pregnant by Age Chart